The keynote speaker for the official beginning of the High Horsepower Summit, John Somerhalder, chairman, president and CEO of AGL resources, an Atlanta based energy services and holding company and a member and past director of the board of the American Gas Association. Somerhalder discussed the recent expansion of natural gas into non-traditional markets and noted that the current use in the United States of 22 trillion cubic feet could easily ramp up to as much as 30 tcf in just a few short years.
The build up of pipelines and storage facilities has been underway for several years, he says, and demand is rising in balance to supply.
As a leading figure in the domestic natural gas business, Somerhalder says he’s been in discussions with executives in the Obama administration who he says look favorably on the natural gas industry–a view he says that is shared with presidential contender Mitt Romney
Somerhalder was followed by a panel of speaker and experts from various segments of the industry.
Eric Marsh, executive vice president of Encana, the second largest natural gas producer in the country, says fracking and horizontal drilling technology have revolutionized the business and will have a huge impact on the world energy business in the next five to 15 years.
“I believe natural gas will be the foundation of a North American energy portfolio,” Marsh said, adding that gas could fill anywhere from 40 to 60 percent of our energy needs. And this year for the first time there is as much electricity being produced from natural gas as coal in the United States.
Marsh also noted that this time last year the industry predicted that the U.S. had about 100 year supply of natural gas. Today that prediction is 150 years and may go higher, he said. Just a few years ago, his drilling operations were thrilled to be able to accomplish 4,500 foot horizontal drills. Today,  10,000 foot lateral operations are not that uncommon.
But Marsh also cautioned the audience that supply is dependent on ramping up infrastructure. If we replaced all the transportation fuels today with natural gas it would consume 70 to 100 percent of all the gas currently being produced. Until then he says, the industry is best served by concentrating on developing high horsepower and high fuel consumption markets such as mining, marine, railroads and power generation.
Sam Thomas, president, CEO and chairman of Chart Industries, which makes natural gas storage and dispensing systems , said his company has doubled its workforce since 2009 and plans to double it again in the near future and will also double it’s capital investments. Noting that forecasting in the energy business is a perilous enterprise, he nonetheless said today’s natural gas boom is no flash in the pan. “This is a secular change. It’s not going to go away. Natural gas is going to become a significant  replacement for diesel, he said.
Related Stories 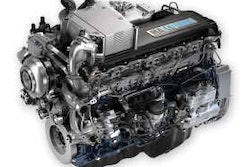 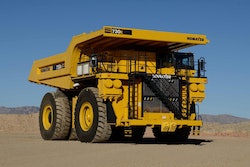 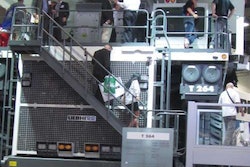