Will Ricketts, President of Power Equipment Company, says: “Golden Equipment has a great tradition of providing its customers with the highest quality equipment and services for more than 35 years and we’re thrilled to be growing our business and joining forces with such an outstanding team. Together, we will deliver on our core values as dedicated, capable, team players. These values have been instrumental in building Power Equipment Company since 1936 and will resonate through this partnership.”

Kardie Equipment/TGM Wind Services will retain its name and operate as an independent, wholly owned subsidiary of Holt, offering Bronto Skylift aerial work platforms for sale or rent (with or without operators).

TGM Wind Services and the Bronto Skylift provide a working height of up to 341’, allowing operators to reach extreme heights for applications in the oil and gas, wind and utility industries.

“Holt seeks to partner with like-minded organizations and Kardie Equipment/TGM Wind Services aligns perfectly with our core values,” said Peter J. Holt, CEO and general manager of Holt Cat. “This acquisition will help us bring added value to our customers with a safe, premium product that supports multiple industries who have a need to reach challenging heights.”

“Magni’s product offering will be a great addition, not only to our existing customers, but allow us to service new customers and industries,” says Mike Ogle, general manager, Atlantic & Southern Equipment.

In his new role, he will oversee the implementation of NED’s continued growth strategies.

Beasley has more than two decades of experience in heavy equipment rental, sales and operation.

In her role, Jay will drive technology investment, development and deployment, as well as build a global supply chain capable of delivering next generation technologies.

She most recently served as chief technology and quality officer at CNH Industrial. Prior to this, she held the role engineering and technology leadership roles at Xylem, Inc. and Eaton Corporation.

Pavement maintenance equipment manufacturer Bergkamp has announced the retirement of Rex Eberly, director of customer care. Bob Rhodes, who previously held the role of product manager, has been promoted into the position.

“Rex Eberly served us well as director for our customer care team and in several other positions, says Bergkamp President Scott Bergkamp. “We are grateful for his dedication, loyalty, and hard work — and especially his ability to tackle new challenges with success. He was a pleasure to work with, and we wish him well in retirement. Customer Care is our most important customer-facing department, and we have the utmost confidence in Bob Rhodes’ ability to lead this team.”

Huling, who joined Takeuchi in 2017, will support the company’s corporate sales efforts through product training and support for Takeuchi dealers and distributors, as well as customers.

“Joseph has demonstrated a high level of technical knowledge and excellent relationship-building skills since he joined us back in 2017,” said Jeff Stewart, president of Takeuchi-US. “He is also very customer-centric, which is particularly important when it comes to developing new products and training programs. All in all, Joseph possesses the qualities we need in a national training and service manager, and we look forward to seeing what he can accomplish in his new role.”

Enerpac Tool Group Corp. has named Scott Vuchetich, executive vice president – marketing and president – Americas. He will be responsible for the commercial and operations activities in the Americas region and will also lead the global marketing function. Vuchetich joins Enerpac Tool Group from Brady Corporation, a global manufacturer of safety, identification and compliance products. 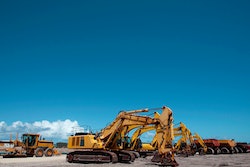 Lagging Productivity and Unhappy Customers? Service Workflows Get Everyone on the Same Page 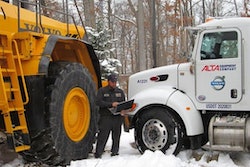 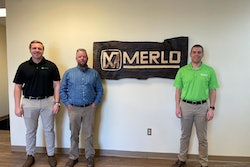