The passage of Question 1 in Massachusetts in the November elections, while not applicable to construction equipment dealers, showed that the Right to Repair (R2R) movement is alive and well.

Proponents of Question 1 said it would create a level playing field for independent vehicle and parts shops by giving them access to OEM vehicle software used to diagnose and repair problems. The 2020 legislation was an update to a 2013 law, created specifically to include vehicle telematics.

While the Massachusetts legislation excluded off-road machines, construction equipment OEMs and dealers are aware they could be included in the next round of R2R legislation coming from states.

While the concerns of the pandemic sidelined R2R initiatives in 2020, some states on EDA’s R2R radar are New York, Minnesota, Colorado and Missouri. “We want to be prepared, and we’re doing the same groundwork that we’ve done previously,” Higgins says. “We’re ready to go.”

The “we” Higgins is referring to is the Coalition Opposed to Illegal Tampering, which was formed last year and includes EDA and AED along with the Association of Equipment Manufacturers, the Truck and Engine Manufacturers Association and the Outdoor Power Equipment Institute.

“The concerns are the same whether you’re selling a combine or a backhoe,” Higgins says.

Advocates for R2R chiefly come from two places: consumer electronics and agricultural equipment owners. Members of these groups and others argue that they should have full access to a machine’s software and thus be capable of repairing any problems without having to first go to a dealer.

While this can sound reasonable, the coalition says the downsides are significant. Accessing software codes could lead to safety features being disarmed and emissions controls turned off, they argue.

While that can sound appealing to equipment owners tired of the challenges of Tier 4 engines and diesel exhaust fluid, disarming emissions controls also makes the machine illegal for sale in the U.S.

This was underlined last month when the EPA issued an enforcement alert detailing the actions (including fines of more than $2 million) it had taken against companies manufacturing, selling and installing what is commonly known as “defeat devices.” Since residual value is a key part of a user’s machine owning costs, there’s a question whether the perceived short-term gain is worth the long-term cost.

Concerned about potential inclusion of construction equipment in future R2R legislation, construction dealers are paying attention. At last year’s Associated Equipment Distributor’s Summit, it was the subject of an educational seminar.

To date, R2R legislation has focused on the on-road and agricultural sectors. Since some dealers play in both sectors, AED and its members are leery of an extension of R2R legislation to construction dealers. Other industries that also have to be on the alert are marine and outdoor power dealers.

Coalition-member Association of Equipment Manufacturers launched a PR campaign that included co-sponsorship of the R2Rsolutions.org website, producing a video that articulates the OEM/dealer position, albeit primarily from an ag equipment viewpoint.

In addition, AEM and EDA have issued a “Statement of Principles,” saying they are committed to providing customers with repair information, fleet management information and diagnostic tools for assessing the severity of machine alerts. The coalition is using this voluntary commitment as a demonstration that it isn’t objecting to customer equipment repairs per se.

Higgins also recommends dealers go to illegaltampering.com and look at the dealer resources. 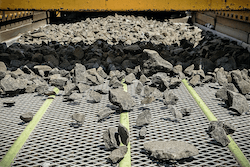 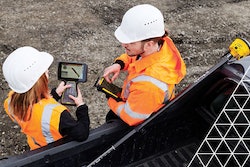 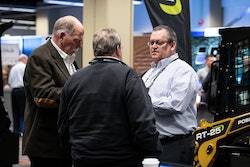