“In 10 years, most heavy equipment will be at least partially—and some of them will be fully—automated,”  says Barrie Kirk, executive director of the CAVCOE (formerly the Canadian Automated Vehicles Centre of Excellence). “And by the 2030s, 80 percent of the equipment sold will use electric power trains.”

Kirk made his comments this week in introducing an autonomous technology study produced by CAVCOE and commissioned by the Associated Equipment Distributors. AED released the study during its AED Summit in Orlando, Florida.

As part of this technology, there will be a dealer trend away from the sales side to the service side, which mirrors what is happening in the auto sector, Kirk explains.

In remarks made to Equipment World following the study announcement, Kirk says a dealer’s business model will change as the equipment itself changes and as both manufacturers and customers move towards the service model. “Dealers have to decide whether or not they want to get into that or leave it to others to provide this service,” he says.

But just as important will be the skills needed by equipment technicians. “Technicians will need a lot more expertise in electronics, electric drivetrains and software,” he says. In fact, the current technician shortage might impact the transition to automated machines. “We’ll have to redefine what technicians do and train them to have a different skill set,” Kirk told Equipment World.

“In the next 5 years there will be a gradual but very definite deployment of autonomous technology,” Kirk says. “No one will throw a sudden switch; it will be incremental.”

The AED report recommends that dealers actively look for potentially disruptive trends that will perhaps come from autonomous systems. Other recommendations include:

“To me, this is a really exciting time in the industry,” Kirk concluded. “We’re seeing the dawn of a whole new era, akin to when the first Model T Fords ran off the production line. This will be very disruptive. There will be opportunities, challenges, job losses and push back. The winners will be those companies that can stay ahead of the curve.” 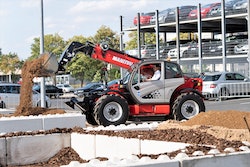 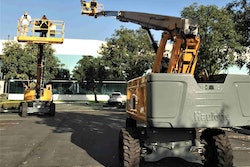 Baird/RER Rental Equipment Survey: 2019 demand will continue to grow, but at slower rate 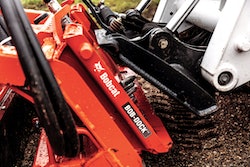