The new Voyager Series will consist of three models. The Voyager I, an Under-CDL model, the Voyager II, and the Voyager P propane service body.

Ford has announced that its 2019 Ford Ranger is the most fuel-efficient gas-powered midsize pickup in the U.S.

The Tricerabox has three functions: a leveling box that pulls material forward, ripper teeth that sink down into the soil, and blade backwards for pushing dozing material.

Following the unveiling of the all-new design of the 2020 Silverado HD, Chevrolet has announced that the next generation of 2500 and 3500 trucks will be available with five trim levels:

Chevy says that each trim level features its own distinct design, with varying features and technology. Depending on the trim you select, you’ll be getting one of a few different grilles, a mix of black, body color, chrome, or the two-tone metallic trim that will be exclusive to High Country models.

In upgrading its 655K and 755K crawler loaders, John Deere added a Tier 4 Final engine that boosts horsepower for the two K-Series models.

The 655K jumps from 145 to 155 horsepower, while the 755K increases from 190 to 194 horsepower. The company says the crawler loaders, with a John Deere PVS 6.8-liter engine, will increase productivity and uptime and lower operating costs.

The engine’s standard Eco mode is designed to reduce fuel consumption by 20 percent without a loss of productivity. It automatically adjusts engine speed and transmission settings to the load and works in both forward and reverse. 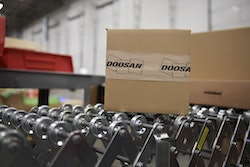 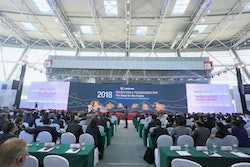