The employees at Vermeer Great Plains, which has locations in Kansas, Oklahoma and Missouri, now fully own the dealership through an employee stock ownership plan (ESOP).

The company believes an employee ownership structure offers a more productive environment because employees are working toward common goals and feel more of a direct impact from business success. It cites the ESOP Association, which reports 84 percent of companies who participate in an ESOP report improved motivation and productivity.

“The combination of determined employees, excellent leadership and a fresh employee-owned plan is sure to be a recipe for success and outstanding customer satisfaction at Vermeer Great Plains,” the company states.

John Deere and Wacker Neuson have announced the formation of a strategic alliance in which Wacker Neuson will begin supplying Deere with compact equipment aimed at agricultural customers.

According to a Wacker Neuson press release, the deal will allow Deere to begin selling Wacker Neuson’s Kramer brand of compact equipment at Deere dealerships. The range of machines covered by the deal include the Kramer “green line,” built for the agricultural market.

Staring in Europe with plans to expand to the Commonwealth of Independent States, North Africa and the Middle East, Deere will sell Kramer all-wheel-steer wheel loaders, telescopic wheel loaders and telehandlers in addition to a variety of attachments, accessories and spare parts.

Construction is driven by people, not machines

Certain themes repeat themselves when we talk to contractors: The 20-hour days to get a construction company started … and to keep it going. The great financial risks for miniscule margins. The inherent joy of building something.

But the most prevalent comment we hear from contractors concerns their people. “We couldn’t do this without the people we have,” they tell us. “Our people make us.” And, “We have a dream team.”

We hear it so often, there can be a tendency on our part to discount it. Yeah, yeah, you’ve got great people. Next.

Construction estimating software developer HCSS has announced that it will begin taking applications for its 2017 Construction Intern of the Year scholarship program on August 1.

Now in its third year, the Intern of the Year program will award $10,000 to one grand prize winner. Four finalists will each receive a $4,000 scholarship and 12 honorable mentions will be awarded a $2,000 scholarship.

“The construction industry builds the infrastructure that is essential for the growth of our nation, and we must continually attract dedicated and qualified students to the industry,” says Mike Rydin, CEO of HCSS. “Our scholarship program is one way we give back to the industry for which we have a passion and privilege to serve.”

Construction spending flat in May with dip in residential

Homebuilding declines were nearly matched by gains in nonresidential construction in May as total construction spending in the U.S. was flat for the month, according to preliminary estimates from the Commerce Department.

Despite the flat month, construction spending’s total of $1.23 trillion was up 4.5 percent from the year-ago, May 2016 figure. 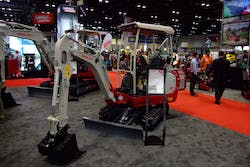 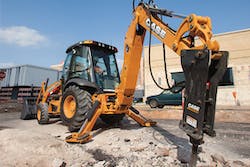 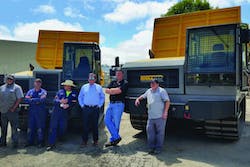 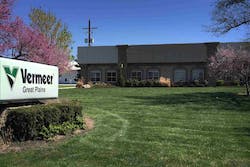