Volvo Trucks has added auto-neutral and Paver Assist features to its I-Shift for Severe Duty, and I-Shift with Crawler Gears automated manual transmissions.

Volvo says Auto Neutral can help improve jobsite safety in many applications, including concrete mixers, where remote throttle is often used. The feature helps reduce the possibility of the truck moving as a result of inadvertent throttle application by placing the I-Shift transmission into neutral when the parking brake is set.

While there was an overarching technology theme to the massive ConExpo show earlier this year, the big story in the heavy equipment industry has been all about data. Specifically, the data coming off your machines’ telematics, and how that data can become a key part of your overall jobsite management picture, not to mention a manufacturer’s profit statement.

Before, manufacturers fought to be your machine supplier; now they’re fighting to be your data provider. The stakes are much higher than machine dominance.

Paolo Fellin, Caterpillar vice president, said bluntly: “Instead of Cat being a brand on the jobsite, we’re pushing to make Cat the jobsite brand.” He adds: “Before, we had the voice of the customer and the dealer, and now we have the voice of the machine.”

Vehicles on TeleMasters can carry heavy loads in rugged terrain. Continental says it made the tires with “a special three-layer rubber construction that ensures a low heat buildup.” The tires have non-directional tread patterns that allow forward and reverse on hard and loose surfaces, providing stability and a smoother ride.

Komatsu is expanding its log loader lineup with the new PC290LL-11.

Powered by a 196-horsepower Komatsu SAA6D107E-3 engine, the PC290LL-11 features a new high-capacity cooling system with wide core cooling fins for the radiator, a hydraulic oil cooler and charge air cooler. Komatsu says the cooling fins have 3 mm of spacing vs. the 1.75 mm of the standard core fins.

General Motors is calling a diesel emissions lawsuit against the company “baseless” and says that it will “vigorously defend” itself against claims that it rigged emissions control systems on its Duramax diesel engines.

Law firm Hagens Berman has filed a class action lawsuit against GM for allegedly “rigging emissions controls in an estimated 705,000 Duramax diesel vehicles—more cars than were involved in VW’s Dieselgate scandal.” According to a Hagens Berman press release, the Seattle-based class action firm was also involved in the $10 billion VW emissions settlement and the $1.3 billion VW dealer settlement.

The suit alleges that 2011-2016 Chevrolet Silverado and GMC Sierra pickups equipped with a Duramax diesel, have an engine built to cheat emissions standards “by reversing the traditional order of the exhaust treatment components and putting the selective catalytic reduction (SCR) in front of the diesel particulate filter (DPF).” 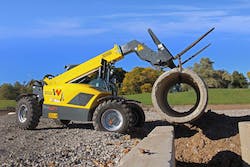 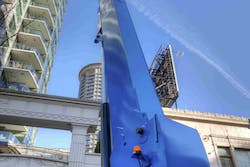 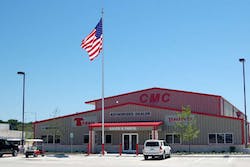 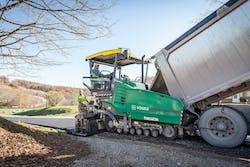