The news broke across several media outlets early Thursday afternoon, sending Caterpillar’s stock down by as much as 5 percent.

According to a report from the Peoria Journal Star, which first broke news of the raid, federal officials searched Cat’s main administration building in Peoria, a data center in East Peoria and a logistics center in Morton. The PJ Star report names the Internal Revenue Service, the Federal Deposit Insurance Corporation and the Commerce Department’s Bureau of Industry and Security among the agencies present during Thursday’s search.

In a brief press release sent late Thursday afternoon by Caterpillar, the company confirmed the raid and said federal agencies had executed a search and seizure warrant, noting that the company “is cooperating with law enforcement.”

In the release, Cat says it believes the raid to be part of an ongoing criminal investigation into its use of overseas profit shifting as a tax strategy.

Spending fell to a seasonally adjusted annual rate of $1.2 trillion in January but reBomains up 3.1 percent over the January 2016 total, according to preliminary data from the Commerce Department.

Bobcat Company has added Bobcat of Clarksville (Tennessee) to provide service to customers in northern-middle Tennessee and southwestern Kentucky.

The new site is the ninth location in the Bobcat of St. Louis dealer network. It will provide a “large” rental fleet to include compact and heavy equipment and attachments.

Boxer Equipment, which offers a line of compact utility loaders manufactured by Morbark, has added five dealers to its worldwide distributor network, four of which are in the U.S.

Commercial vehicle provider Rush Enterprises has added a new location to its North American dealer network with the addition of Rush Truck Center-Farmington in New Mexico, the third in the state.

“2016 was a solid year for our company and industry as the strength in the non-residential construction markets continued into the fourth quarter,” says CEO John Engquist. “Demand for rental equipment was healthy, with both revenues and margins up slightly from a year ago. Ongoing weakness in crane demand continued to negatively affect our distribution business, with new and used crane sales down $23.0 million on a combined basis.” 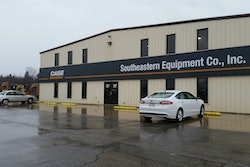 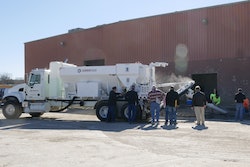 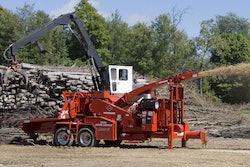