States look to ‘zipper merge’ to ease traffic around work zones, but will drivers get it?

For most U.S. drivers, speeding ahead in the open lane when the other lane’s occupants are waiting patiently to enter a work zone is considered obnoxious behavior.

Some state departments of transportation around the country are rethinking the way they control traffic into a work zone. They are adopting what is known as the “zipper merge” to replace the early-merge concept that most drivers encounter.

New Mexico recently rolled out a public campaign to teach drivers to zipper merge when heading into a road construction zone. The state is gearing up for a hefty round of road construction soon – barring any as yet unforeseen halts or delays due to the coronavirus – and wants to help traffic flow better at those work areas.

The department says the zipper merge cuts traffic time by as much as 40 percent as drivers get to keep traveling without stopping – if it’s done correctly. It’s also safer, the department says.

“It requires drivers to merge in a way they may not be used to,” says NMDOT Cabinet Secretary Mike Sandoval. “However, over time, drivers will realize it will get them through quicker and more fairly.”

Instead of drivers moving early out of a lane that will be closed ahead, drivers keep going at a slower speed. Typically, signs direct drivers on when to slow down and to leave room so another car can merge into their lane. Just before the lane closure, drivers in the closing lane take turns merging into the open lane. And if all goes as planned, traffic continues to flow.

Brad Sant, senior vice president for safety and education for the American Road & Transportation Builders Association, says he’s seen the zipper merge in action, and it is an effective way to control traffic. But it has its limits, depending upon the type of roadway and how much traffic is on the road.

“On a very congested roadway where traffic is not moving at optimal speed, the zipper merge is the most effective way because then you have cars that can come in and merge every other car,” Sant says. “There’s a single merge point so you don’t have people changing lanes all over the place or not letting people in. In the right environment, the zipper merge works very well.”

But an early-merge system would be a better bet on a road where traffic is not heavily congested and is able to drive at normal speed, he said.

He’s seen the zipper merge used on Interstate 95 between Virginia and Washington, D.C., during rush hour when the HOV lanes come to an end. A portable message sign alerts drivers to the proper merge point ahead. “Generally, people comply with that pretty well,” he says.

Implementing a zipper merge does take some education for the driving public.

Shelia Dunn, communications director for the National Motorists Association, points to efforts in Montana to enact the zipper merge.

“The Montana DOT worked hard to make zipper merge a main thing by how it handled signage on the highway, in increments so people just naturally do it,” she says.

The MDT began testing a zipper merge in 2018 on the East Helena viaduct project. The agency reported the method was mostly a success once drivers got the hang of it.

The DOT put out signs at various stages to alert drivers to the work zone and that speeding fines would be doubled. Then a speed limit sign was posted, followed by a sign telling drivers to keep using both lanes to the merge point and then arrows pointed drivers in the closing lane to move over.

Illinois is also hoping to get its motorists into zipper merging. A new law that took effect January 1 requires that the zipper merge be included in the Illinois Rules of the Road book that is used to teach driver’s ed in the state.

In rolling out its plans for a public zipper merging campaign, the New Mexico DOT has set up a website to educate drivers and plans to roll out a series of digital message boards ahead of a work zone to help drivers. It also encourages drivers to be patient.

“Because the zipper merge is new and requires drivers to approach a construction zone in a new way, it may cause some concern or outright anger in some drivers,” says the NMDOT’s zipper merge website. “Please realize that your fellow drivers who are staying in their lane until the lane ends are not ‘getting over’ on other drivers. They’re actually doing the right thing. So let’s all drive a bit nicer, a bit friendlier and let that car in ahead of you when they get to the merge point. Remember, here in New Mexico, we all look out for each other, and courtesy on the roadway is one more way of doing just that. As we all get used to the zipper merge, give your fellow driver a wave and let them merge in, it’s the New Mexico way!” 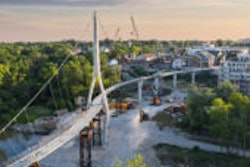 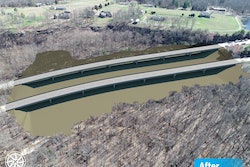