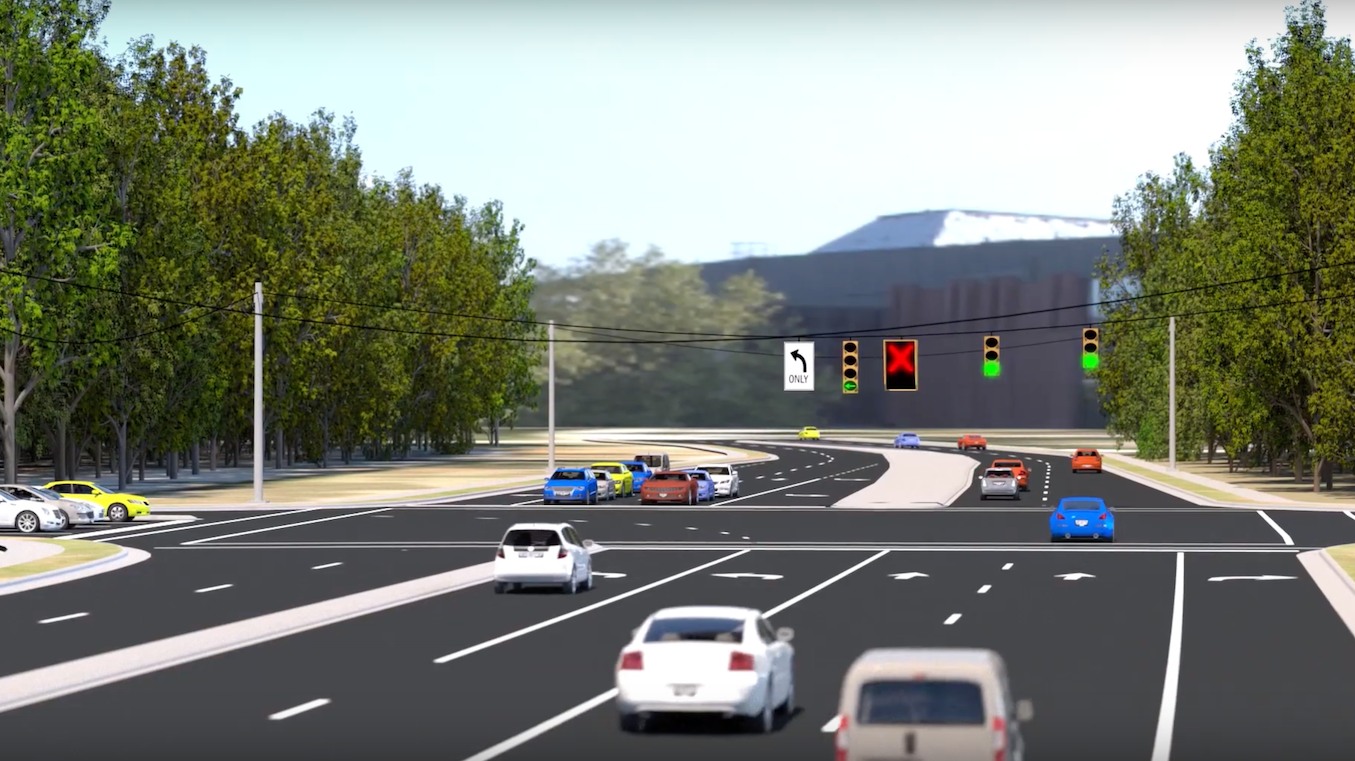 To help move traffic more quickly through busy intersections, the North Carolina Department of Transportation is testing out a new dynamic left-turn design.

Before the new design was installed in February in Cary, drivers in the dual left-turn lanes had to wait for a green arrow before turning. Drivers in other directions had to wait until the left green light turned red.

The NCDOT’s solution was to operate the lanes as normal during peak times, but during off-peak times, the rightmost left-turn lane is closed. A lighted red “X” is shown on an LED sign to alert drivers that they can use only the leftmost lane for left turns. The left lane also receives a green arrow light when cars are lined up at the intersection, and a flashing yellow arrow at other times so traffic can continue to turn left when there’s not as much traffic.

During peak times, the red “X” in the rightmost lane is replaced by white left-pointing arrows with the word “Only” beneath them to let drivers know both left turns are in use.

To watch a video of how the intersection works, see below:

“We are using standard devices to reduce travel delays in a novel way,” says Joe Hummer, NCDOT state traffic management engineer. “We are basically freeing up this intersection to give more green time for people going straight through it.”

The NCDOT says it will monitor the intersections, with the possibility that if the system works well, it will be deployed at other locations.

In its debut in Cary, some drivers reported confusion with the dynamic left turn, particularly during off-peak times when the red “X” was lighted, according to WTVD ABC 11 news station. Some drivers didn’t know that meant the lane was closed to traffic, the station reported.

The NCDOT tells Equipment World that drivers are getting used to the new design. The agency says it is using social media to educate drivers, and the Cary Police Department “is doing some enforcement and physically blocking the lane, when it’s closed with a red X, by parking a patrol car there.”