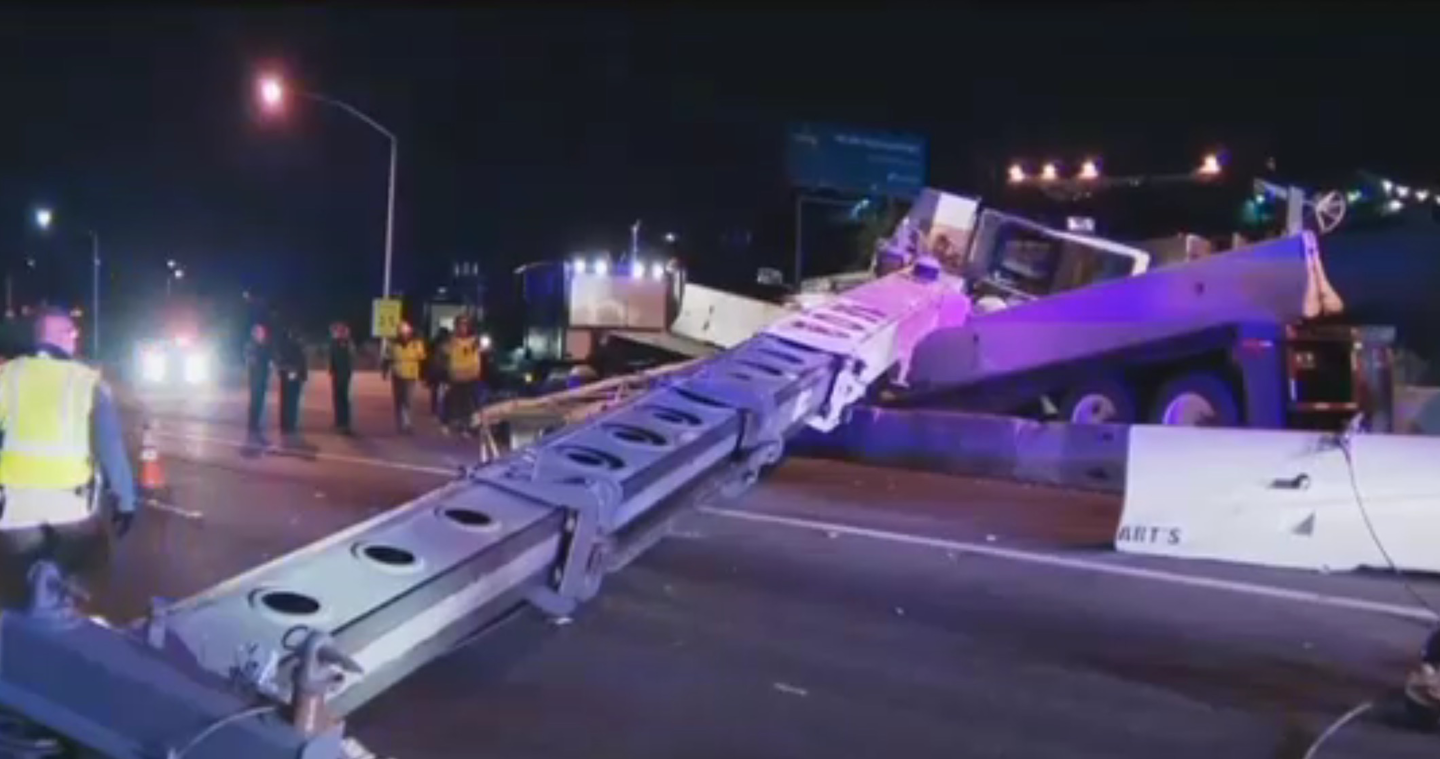 Update: A previous version of this article incorrectly stated that this accident occurred on I-95. However there is no I-95 in San Diego. It actually occurred on I-15. We regret the error and have updated the post to reflect the correct location.

A road crew near San Diego scrambled to rescue a co-worker who became pinned after a crane collapsed during a project along Interstate 15.

According to reports from KGTV and CBS8, the crane was being used to move concrete barriers on a freeway ramp when it toppled over around 1 a.m. Wednesday.

A construction worker was pinned between two K-rail safety barricades, according to the reports. Though the man suffered a severe leg injury, his co-workers were able to free him before emergency crews arrived on the scene.

The crew then brought in a crane to upright the toppled machine. The cause of the crane collapse has not yet been determined.

The first video below, shot by KGTV, shows scenes from the worker’s rescue.