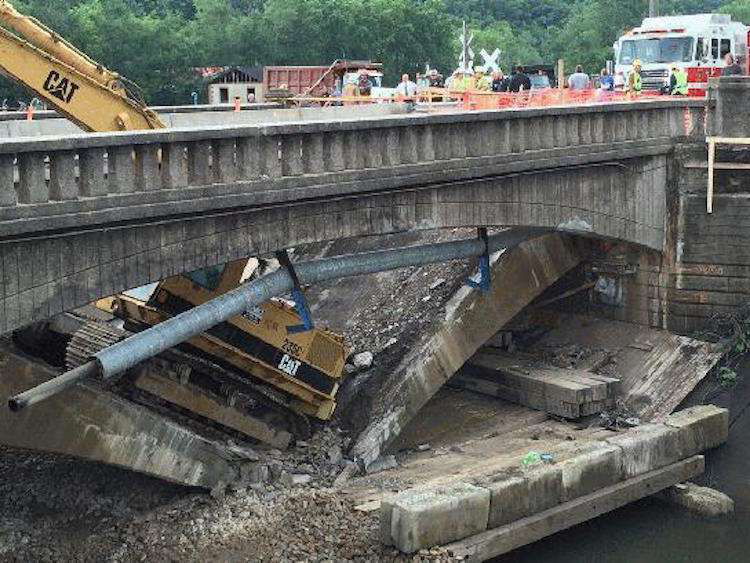 A contractor in Clarion, Pennsylvania, is being held accountable for the partial collapse of a bridge earlier this year that injured two workers.

According to Penn Live, Francis J. Palo Inc. has been cited for serious violations in the form of a flawed engineering process that didn’t make sure the bridge could withstand the heavy construction equipment used in the project. The contractor faces upwards of $10,000 in fines.

The collapse of the north central Pennsylvania bridge, which was caught on camera, occurred as the bridge was in the middle of a rehabilitation and replacement project to ensure it was no longer considered structurally deficient. Two workers fell when the bridge collapsed, leaving one with a head injury and the other with a twisted ankle. Both workers have recovered.

The bridge is now back open after the damage from the collapse was fixed and the project finished.

The Occupational Safety and Health Administration found that Francis J. Palo Inc. failed before the construction began to do an engineering study to “determine the condition of the framing floors and walls and possibility of unplanned collapse.” Another citation claims that the bridge was not structurally sound enough to hold heavy equipment like the 101,800-pound excavator working atop it at the time of the collapse.

Penn Live reported that Francis J. Palo Inc. president Paul Roman wouldn’t comment until the case was complete. Additionally, the Pennsylvania Department of Transportation didn’t answer if there were any lapses in state oversight.

The company is working to settle the case  over the next 45 days.