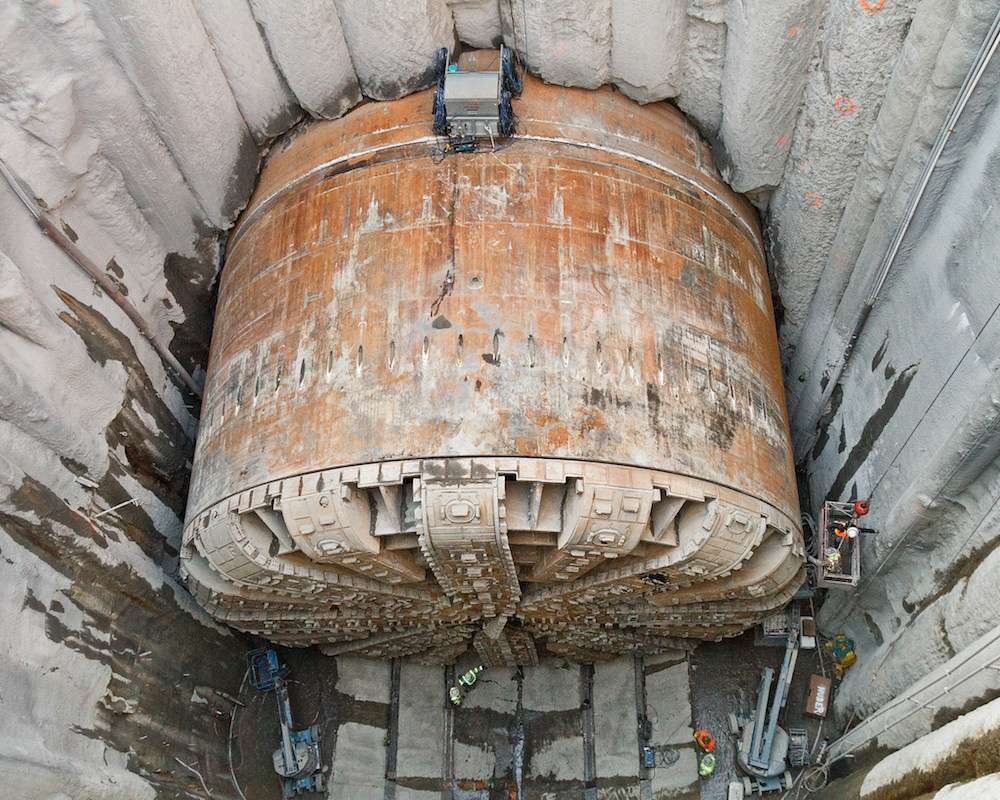 In March, Bertha chewed through the pit wall and parked to be prepared for repair. Credit: WSDOT Flickr

The massive tunnel-boring machine that’s been sidelined in Seattle for two years could be back to boring by New Year’s.

The Washington State Department of Transportation announced that the Seattle Tunnel Partners had begun the final preparations before drilling gets started again with soil and sand being poured into the 120-foot-deep access pit on Sunday.

Bertha could get started again drilling in the pit on Dec. 23, but the Seattle Times reported that STP project manager Chris Dixon said they might take a holiday break before getting back to work. The crews have been working overtime for weeks to get the drill back on track, and they were pouring sand into the pit all day on Sunday until 12:30 a.m. on Monday.

RELATED >> PHOTOS > Big Bertha gets her head together: How to repair the world’s largest tunnel machine

The sand is being poured around the drill so the density can be customized, but it will stop four feet above Bertha. The rest of the pit will be filled with the original fill soil.

Filling the hole will probably take most of the week, and then, more tests will be necessary to make sure there isn’t a repeat of the 2013 disaster when Bertha stopped boring.

Big Bertha took another hit earlier this year and set back construction on the tunnel when crews discovered what they previously thought was minor damage was much worse than anticipated. It took 86 tons of reinforcing plates to get Bertha ready to bore again. Bertha’s huge cutter head was put back into the ground after repairs back in August in preparation for the drilling to resume.