Big Bertha’s massive cutter head is back underground after months of repairs were made to get the world’s largest tunnel-boring machine back to work.

According to the Seattle Times, Big Bertha’s new, stronger front end took the 120-foot dive into the pit Tuesday as Dutch lifting company Mammoet lowered the 2,000-ton machine back down.

In addition to needed repairs, crews added hundreds of teeth to the face of the cutter head to avoid further stalls created by “pancaked” dirt.

The massive size of Bertha’s new front end made for a two-day process of lowering the part back to the rest of the 100-yard tunnel-borer.

“I’m very happy. We’ve got a lot of extremely talented, experienced people on the job,” project director for Seattle Tunnel Partners Chris Dixon said. “We’ve always said it’s going to take as long as it takes to get the job done right.”

Big Bertha took a hit earlier this year and set back construction on the tunnel when crews discovered what they thought was minor damage to be worst than expected. The Seattle Tunnel Partners found in May that the the steel casing around the seals broke apart and sent fragments into the drive gears. It took 86 tons of reinforcing plates to get Bertha read to bore again.

The repairs and testing finished back in July, but Bertha isn’t expected to start drilling again until Nov. 23.

All of those repairs aren’t cheap, however, and the insurance companies have filed a lawsuit to get out of the $143 million price tag. The Seattle Times reported that eight insurers’ lawsuit claims that Big Bertha was “under dimensioned” to bore the tunnel. The suit adds that Hitachi Zosen, who made the drill, already experienced seal problems when Bertha was commissioned. 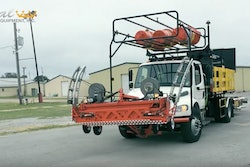 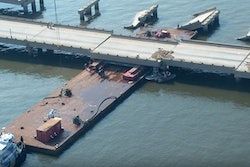 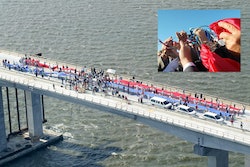