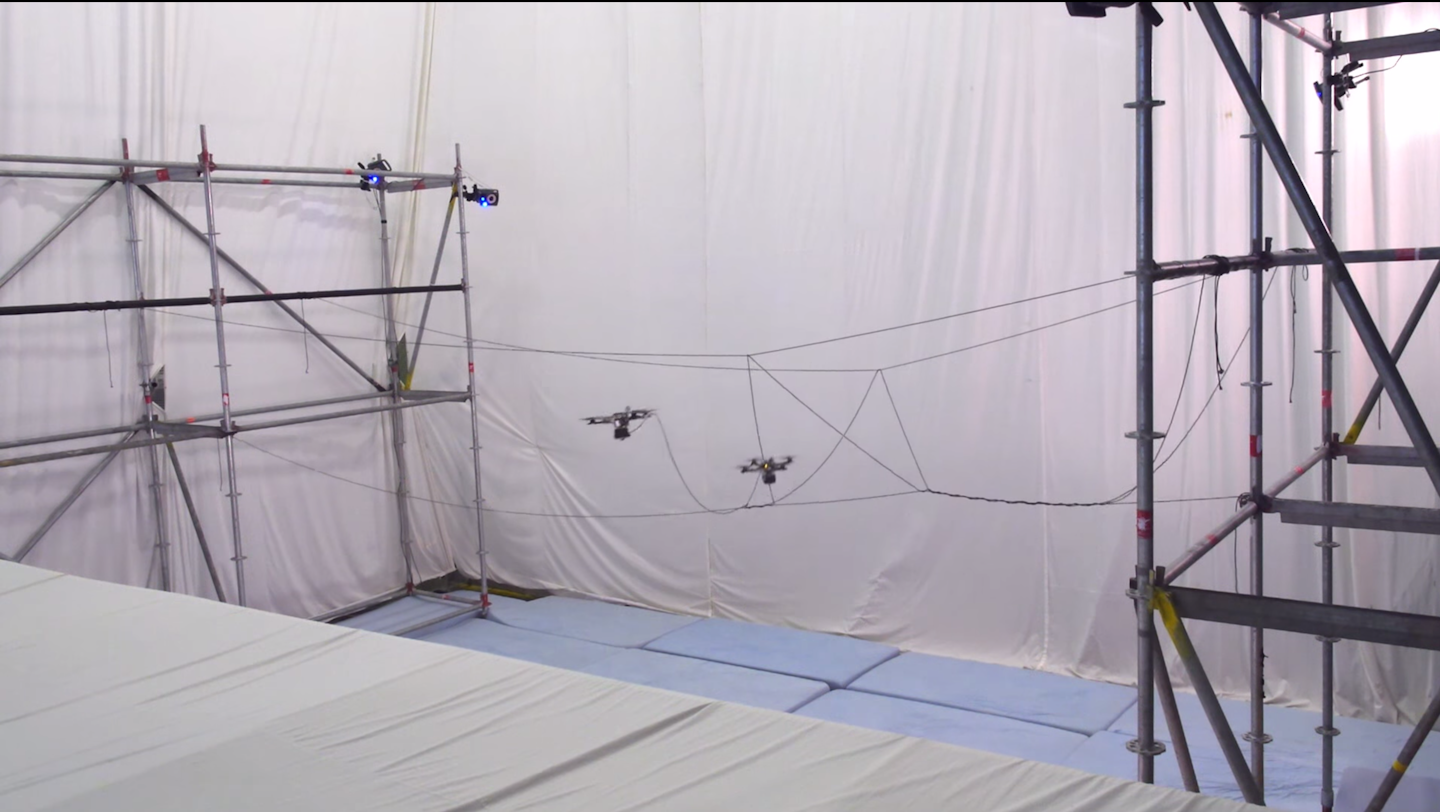 Add bridge building to the growing list of unexpected uses for unmanned aircraft.

Maybe the MnDOT drones could see how tough the bridge made by their counterparts is. Granted, the bridge made by drones at the Swedish technology school ETH Zurich isn’t likely to carry many cars since it’s made of rope. But it is strong enough for a person to walk across.

The drones in the video scanned the nearly 23-foot gap between two metal structures and were able to use motorized spools of rope to essential weave a bridge across the gap.

“The rope bridge acts as a demonstrator, showing for the ﬁrst time that small ﬂying machines are capable of autonomously realizing load-bearing structures at full-scale and proceeding a step further towards real-world scenarios,” ETH Zurich’s Institute for Dynamic Systems and Control said about the research. “Except for the required anchor points at both ends of the structure, the bridge consists exclusively of tensile elements and its connections and links are entirely realized by ﬂying machines.”