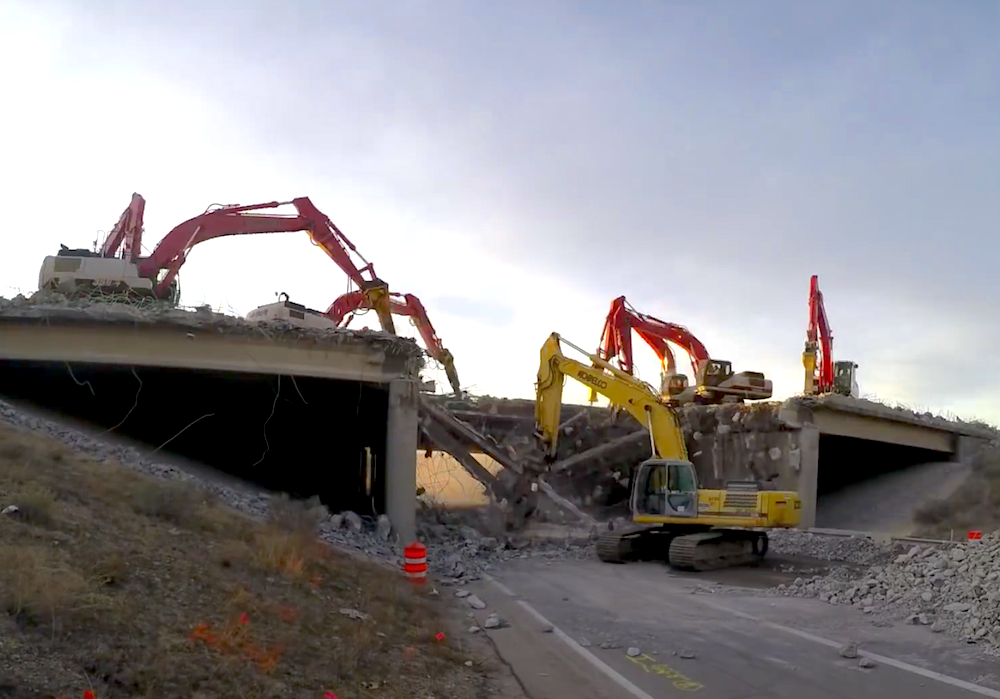 Time-lapse photography may have begun with capturing the movements of people and growing plants, but as it has matured, it’s a photographic technique that feels tailor-made for construction and demolition. There’s a universal wonder the technique taps into when seeing structures appear and disappear, seemingly out of thin air. And with cameras and methods becoming cheaper and less of a hassle to set up, more and more firms and departments are experimenting with time-lapse videos to tell the public the story of their projects.

Take for instance the Utah Department of Transportation. UDOT recently demolished a bridge on Interstate 15, south of Salt Lake City, according to Government Executive which first shared these videos. In advance they set up cameras from two angles to capture the demolition and the results are quite beautiful. In the first video, which condenses the job into just 32 seconds, the team of excavators doing the work diligently gnaw away at the bridge as trucks and wheel loaders run back and forth carting away debris. The second video, also below, gives us a look at the job from the bridge itself.