Despite fewer drivers on the road during the pandemic, 60% of contractors reported motor vehicles had crashed into their work zones in the past 12 months, according to a survey by the Associated General Contractors of America.

Only about one-third of contractors said the lower traffic levels had made work zones safer. A nearly equal percentage (28%) said workers were less safe, because though there were fewer vehicles, drivers were speeding. Another 33% said they saw no impact on work zone safety during the pandemic.

About one-third of the contractors also said that they had five or more work zone crashes during the past 12 months.

Contractors also believe that work zones are becoming less safe, with 78% saying there is a greater risk of a highway work zone crash than a decade ago.

The main reason contractors cite for increased crash risk is phones, at 88%. Speeding was cited by 68%, and traffic was cited by 60%.

The leading remedy to work zone crashes is a greater police presence, said 82% of respondents. Here are the other cited solutions:

“In many cases, vehicle speeding contributes to these crashes in work zones,” said Steve McGough, president and chief financial officer of HCSS, which co-sponsored the survey. “Utilizing speed cameras with a zero-tolerance policy would go a long way to protect the traveling public and our workforce.”

“The men and women of the construction industry are frequently working just a few feet, and sometimes inches, away from speeding vehicles,” added Ken Simonson, AGC chief economist and the survey's author. “Too often, drivers who are distracted, speeding and/or under-the-influence crash into those work zones, putting workers and themselves at risk of serious harm and death.” 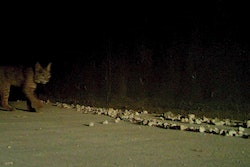 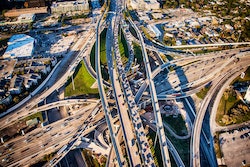 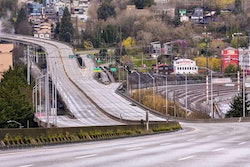