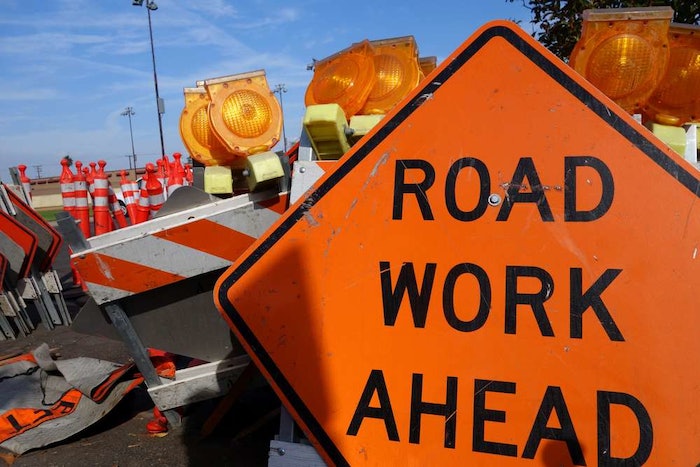 Asphalt paving contractors were urged to push for federal highway funding as another expiration of the FAST Act looms.

Speakers at the annual meeting of the National Asphalt Pavement Association on Feb. 18 set out a goal of a five-year reauthorization of the law that pays for federal highway improvements, before it expires September 30. The last reauthorization occurred in 2020 with a last-minute 12-month extension by Congress.

“We have seven months left, and that clock is ticking every day,” said Dave Bauer, CEO of the American Road and Transportation Builders Association.

Bauer noted that the Senate and House already have bills they can start with. Last year, a bill for a 27 percent boost in highway funding passed a Senate committee. The House passed a bill that would increase highway investment by 42 percent.

“The most important thing for them is to pick up where they left off, not waste a whole bunch of time trying to recreate the wheel and get this process moving,” Bauer said. “Because if it doesn't, we're going to be looking at another extension.”

A broad coalition of construction, business and transportation groups hope a bipartisan effort can head off a repeat of the short-term extension process, which leaves uncertainty for state departments of transportation and, ultimately, contractors. The more modest Senate bill garnered unanimous bipartisan at the committee level. The House bill, in contrast, was a primarily Democratic initiative.

Ed Mortimer, vice president of transportation and infrastructure for the U.S. Chamber of Commerce, said a “very aggressive schedule” for a reauthorization bill in the Senate could move through committee by Memorial Day. He did not expect much change to the House bill.

“So it's really going to come down to all of us and the growing stakeholder community to hold our lawmakers’ feet to the fire and make sure that they don't miss another deadline,” he said.

Laura Perrotta, CEO of the American Highway Users Alliance, noted that bipartisan cooperation is needed to get a long-term reauthorization of highway funding passed.

“We want a bipartisan product,” she said. “And I think it's very positive that President Biden is talking about bipartisanship, too.”

The increased funding is also needed to help the economy as it continues to suffer through the pandemic. State departments of transportation have received a $10 billion boost from a recently passed Covid relief package. Bauer was concerned, however, that the money could be spent for things other than capital improvements, such as operations and personnel. The DOTs also have four years to spend their share of the money, so in some states it may not play a role in 2021.

As for highway and street construction, Bauer said 2020 was a record year. But that growth was not evenly spread throughout the country. He noted that 18 states, since the beginning of the pandemic, have delayed about $12 billion worth of transportation improvements.

“The combination of that with the overall market factors in the economy … are driving down our forecasts slightly” for 2021, Bauer said of ARTBA. “That could change, however, if the federal investment does materialize.”

Bauer and other speakers were optimistic a longer-term federal funding bill would be approved. Some were also hopeful for a broader infrastructure package but maintained that the FAST Act reauthorization was the top priority.

“We in the business community have called for a broad infrastructure modernization effort, not just our transportation networks, but our water systems, energy grid … rural broadband,” Mortimer said. “But again, at the end of the day, surface transportation is always the key part of any infrastructure effort … we don't want to lose focus on that.”