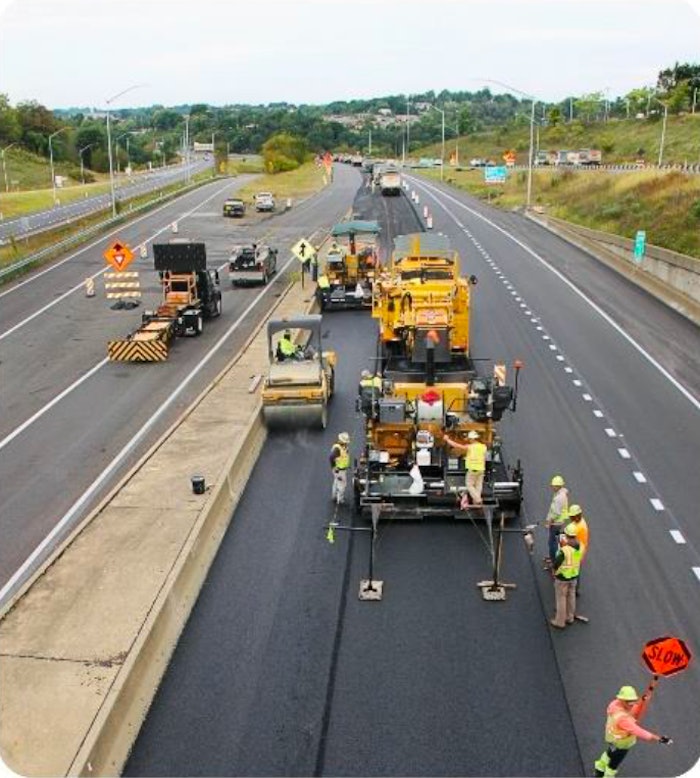 Lindy Paving won the 2020 Sheldon G. Hayes Award for its work on the I-279 improvement project in Pittsburgh.

Lindy won for its work on the $87.94 million I-279 Parkway North Improvement Project in Pittsburgh. The project was commissioned by the Pennsylvania Department of Transportation. The Hayes Award was presented February 16 at the annual meeting of the National Asphalt Pavement Association.

Lindy is a five-time winner of the award, which requires a minimum of 50,000 tons of asphalt. Nominated projects undergo three rounds of testing, an engineering review, International Roughness Index (IRI) testing, and a visual inspection at least one year after the project’s completion.

For the I-279 improvement, Lindy placed over 200,000 tons of asphalt for the two-and-a-half-year multi-phase overlay project.

“The key to this project’s success was that every member of our team – plants, operations, quality control and maintenance – all worked together to perform at the highest level. To us this award is as much about the people as it is about the project. The men and women at Lindy Paving are the ones that ultimately are responsible for its quality and success.”

“This is the fifth time Lindy has won this award since 2005,” he said. “I commend them on this achievement and thank them for their quality work on Interstate 279 in western Pennsylvania.”

During the annual meeting, NAPA also recognized the two finalists for the Hayes Award: