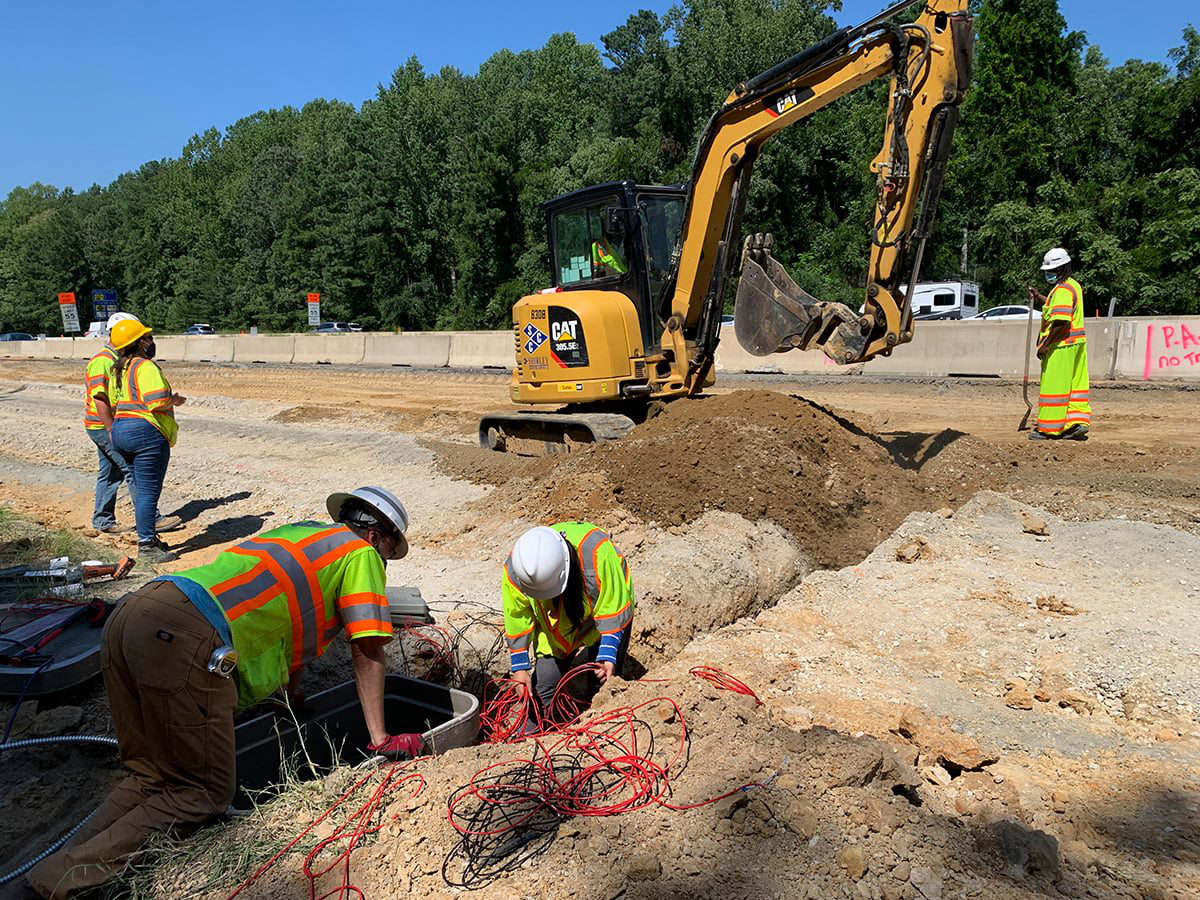 Researchers install sensors on a future lane for a widened I-64 in York County, Virginia. Photo credit: Virginia DOT

Sensors have been installed to study the long-term effects on one of the largest paving projects underway in the U.S. to use full depth reclamation and cold central plant recycling.

Virginia Department of Transportation researchers, along with those from the Virginia Tech Transportation Institute and the Virginia Transportation Research Council, installed the sensors this month on a 40-foot section of a new lane for a widened Interstate 64 in York County. The section is part of the third and final segment of the widening. The second segment, where FDR and CCPR were also used, was completed last year.

The goal is to spread the cost-saving FDR and CCPR methods to other road projects in the state by confirming the techniques’ long-term performance, according to the VDOT. The agency says the methods saved $15 million on the second and third segments of the I-64 widening project. VDOT also touts the environmental benefits of using reclaimed asphalt pavement in the CCPR process, especially as the state has millions of tons of RAP millings stockpiled from previous road projects.

“Not only does using CCPR on this project help reduce stockpiles of existing RAP materials,” VDOT says, “it also reduces the overall cost of project materials and environmental impacts.” 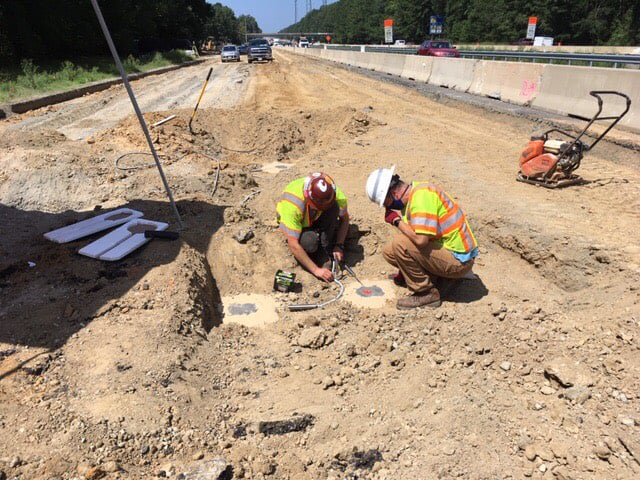 The second and third segments of the I-64 widening span 15 miles, adding a 12-foot lane and 12-foot shoulder in each direction at a combined cost of about $300 million. Allan Myers was the contractor on the second segment and Shirley Contracting on the third.

The sensors were placed in the FDR subbase layer of a travel lane that is being rebuilt. They are designed to measure how well the pavement holds up to traffic loads.

“By confirming the performance of these sections during the pavement’s service life, the Virginia Department of Transportation will be able to quickly implement these recycling techniques on other projects, resulting in millions of dollars in cost savings on projects statewide,” the agency says.

In building the new lanes with recycled material, reclaimed asphalt was mixed with fine stone aggregate in a mobile mixing plant and bound by foamed asphalt and cement. VDOT says 220 tons of this CCPR mixture could be made each hour.

For the reconstructed lanes, a 6-inch layer of CCPR mixture was placed atop a 2-inch open-graded drainage layer. Beneath the drainage layer is a 12-inch FDR layer made of existing concrete millings mixed with cement onsite.

For the new lanes, the FDR material for the 12-inch subbase came from crushed concrete hauled to the site. It, too, is covered by a 2-inch open-graded drainage layer and a 6-inch layer of CCPR mixture.

In all, recycled materials make up nearly 18 inches of the pavement’s sub-layers, VDOT says.