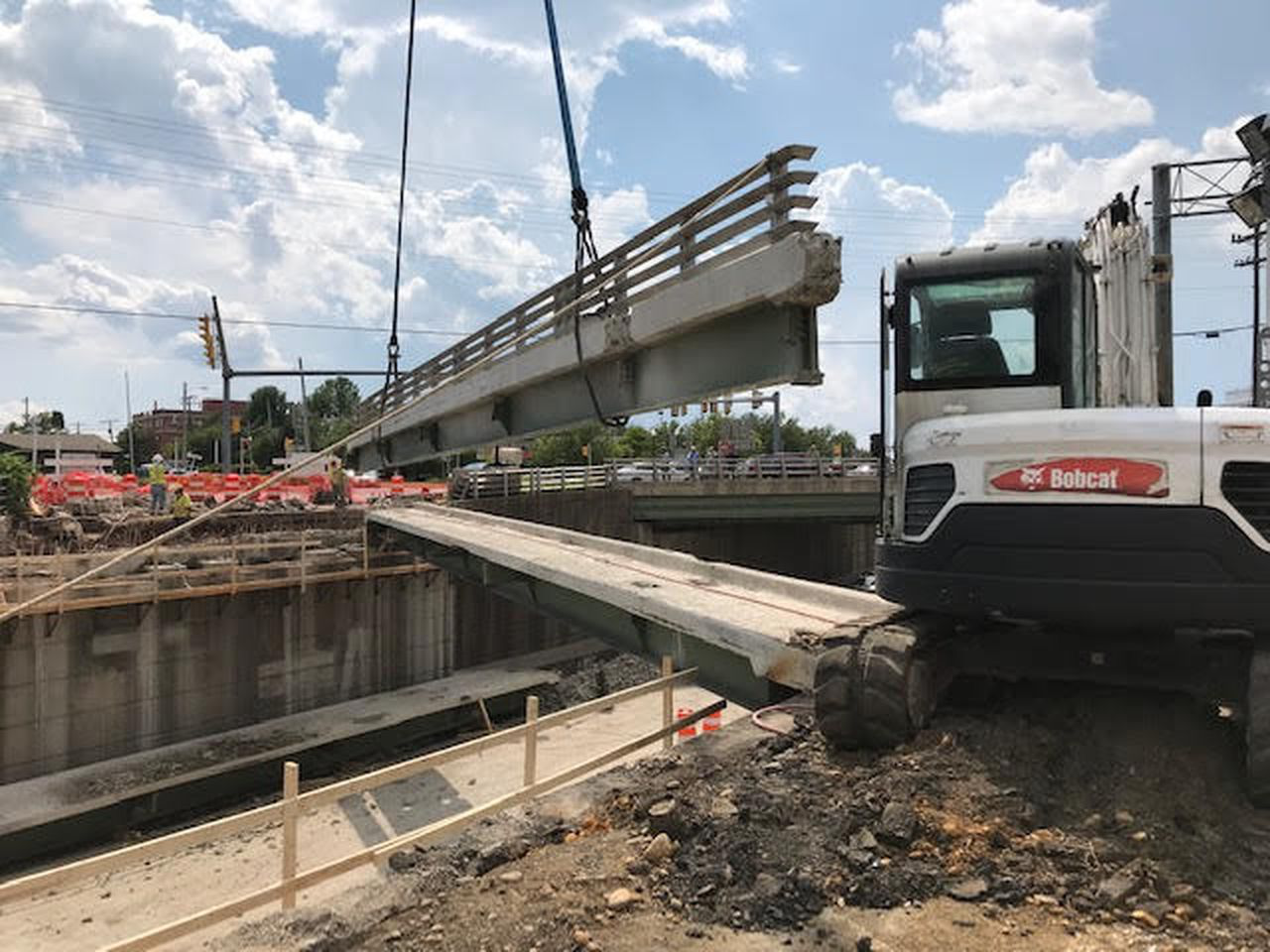 The time lapse video below shows how the Virginia Department of Transportation (VDOT) replaced the 61-year-old Wilson Blvd. bridge with a brand new one in just one weekend.

The bridge, one of several in the Seven Corners intersection in Falls Church, Va., crosses U.S. Route 50. To have less of an impact on traffic, VDOT’s Northern Virginia office came up with the idea of doing a NASCAR pit stop version of bridge replacement, replacing the 87-foot span of concrete and steel in just 54 hours, according to Popular Science.

VDOT built the replacement bridge in pieces nearby and loaded them onto trucks, so everything was at the ready. Crews pre-cast all the concrete pieces rather than pouring concrete onto the bridge deck and waiting for it to cure, and pre-fit all the pieces together to ensure everything would work together. The bridge’s abutments were also upgraded ahead of time, to be ready for the new span.

A huge crane was used to move the 70-ton bridge pieces, according to Gary Runco, district bridge engineer for the project. “It was worth it to pay a few extra dollars to be sure the crane absolutely would work,” he said, according to the news agency. “We’ve had no complaints and a lot of accolades for getting it done so quickly.”

The successful first effort has VDOT looking at other upcoming bridge replacements as candidates for the same quick-swap process.