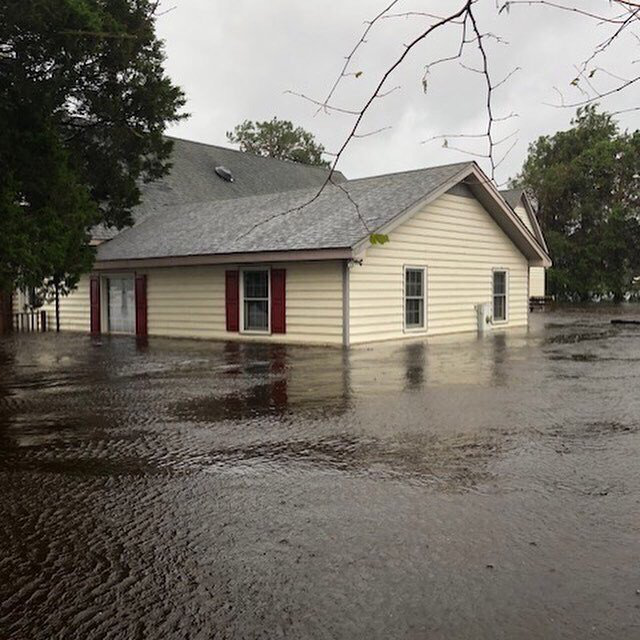 The North Carolina Department of Transportation was already facing budget problems following a string of natural disasters, like the flooding following Hurricane Florence, when the coronavirus pandemic hit. Photo: NCDOT

The N.C. Department of Transportation has laid off temporary and embedded consultants and delayed projects as the coronavirus pandemic has left the agency with a shortfall of at least $300 million.

The NCDOT says that all except 50 major projects will be delayed over the next 12 months because of a drop in gas taxes, highway-use taxes collected on vehicle sales and DMV fees, as fewer drivers are on the roads because of the pandemic.

The cutbacks will not affect projects underway or where contracts have been awarded, the agency says. It is using a mixture of federal and state bonds and federal grants to keep those projects going.

Last week, the N.C. legislature designated $300 million of its federal coronavirus relief money to the NCDOT to replace the lost revenue. However, the measure is contingent on federal approval of the money being used as revenue replacement.

Along with layoffs, NCDOT says it has also instituted a hiring freeze on positions that do not directly affect public safety, is allowing only “mission critical purchases,” and is suspending or decreasing programs and services.

The agency says it is developing plans for potential furloughs and layoffs. “Those plans are not yet complete, and no decision has been made at this time to enact them,” the NCDOT said in a news release April 21.

The NCDOT has spent the past year battling budget problems. In August, the agency laid off hundreds of temporary workers and delayed plans on about 900 road projects. The legislature responded in November by giving the department $200 million in emergency loans and forgiving a $90 million loan. The NCDOT said the money was needed because a combination of natural disasters and legal settlements had siphoned cash reserves.

James Trogdon, who had come under fire for the budget shortfalls in 2019, retired in February as state transportation secretary. Eric Boyette was appointed to replace Trogdon and started in March.