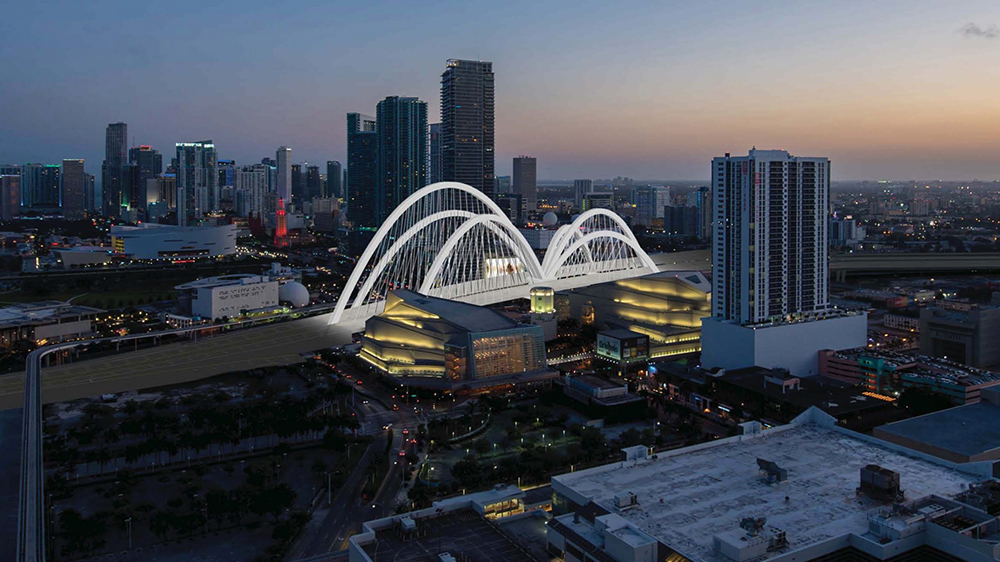 Artist rendering of signature bridge on future I-395 in Miami. The I-395/SR 836/I-95 reconstruction project is one of the projects ordered to be accelerated by Gov. Ron DeSantis. Credit: I395-Miami.com

The Florida Department of Transportation has begun accelerating $2.1 billion in road projects because of less traffic on the road due to the coronavirus pandemic.

On April 1, the Florida DOT announced it was accelerating “critical infrastructure projects” at the direction of Gov. Ron DeSantis.

“Due to a reduction in traffic throughout Florida during the fight against COVID-19, FDOT will expedite crucial improvements to the state’s transportation system and provide much-needed jobs,” the DOT says.

Projects to be accelerated include the following, according to FDOT:

The FDOT has continued with roadwork throughout the COVID-19 outbreak. On March 23, it allowed 32 projects to have lane closures of up to 12 hours and planned to add more projects to the lost as the agency compiled data from vehicle counters, according to the American Road and Transportation Builders Association.