The Georgia Department of Transportation (GDOT) wants to replace the 65-year-old Oglethorpe Bridge in downtown Albany, Georgia, and do away with the arc at the bridge’s entrance, which the department says does not meet design standards, the Albany Herald reports.

Cost of the bridge replacement is estimated to be $16 million.

“This is something we’ve been talking with GDOT officials about for a while,” said City Manager Sharon Subadan, according to the news agency. “We met with one of their consultants last year and told them it was one of our priorities. They were very amenable to the idea and told us then we really should pursue a T-SPLOST. The consultant said (government agencies) that have transportation money of their own are likely to get more.”

According to the Herald, the project has a proposed letting date of April 2021 and would take 24 months to complete. The bridge will feature four 12-foot vehicle lanes with separate pedestrian crossings on both sides of the bridge. It will also include a 5-foot, 5-inch sidewalk on the north side of the bridge and a 12-foot-wide barrier-separated shared-use path on the south side that connects to the Riverfront Trail System.

“I think everyone appreciated the work on the (recently completed) Broad Avenue Bridge,” said Ward IV Albany City Commissioner Roger Marietta, according to the news agency. “And there will be some who say we don’t need to replace the Oglethorpe Bridge, but time marches on. If we wait until it fails, we’ll have a catastrophe on our hands. My dad always taught me not to look a gift horse in the mouth. The funding for this project is all coming from the state, so we need to take advantage of this opportunity for another major infrastructure upgrade.”

“It’s exciting, though, huge that we’ll have the opportunity to receive a new state-funded project that will have a big impact on our community,” Subadan said, according to the news outlet. 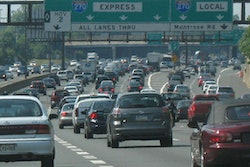 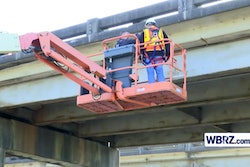 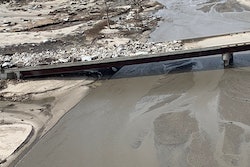 In this episode of The Dirt, we give a closer look at the first ever dozer from Doosan, including video of the prototype DD100 in action.