A total of $1.5 billion in federal grant funding has been awarded to 91 projects in 49 states and the District of Columbia, the U.S. Department of Transportation has announced.

Overall, applicants in 2018 requested more than $10.9 billion in funding, and the locally-driven nature of the applications was clear in their volume and geographic diversity, the department says in a press release.

The grant announcements spotlighted how underinvestment in rural infrastructure has led to a decline in the routes that connect communities in rural America, with more than twice as many rural communities applying for TIGER grants in 2018 than a year earlier.

“BUILD transportation grants are major investments in road, rail, transit, and port projects that serve as a down payment on this administration’s commitment to America’s infrastructure,” says U.S. Transportation Secretary Elaine Chao in a news release.

The 851 eligible applications came from all 50 states, as well as U.S. territories and the District of Columbia, for the BUILD Notice of Funding Opportunity (NOFO).

USDOT says it prioritized rural projects that aligned with the criteria and addressed rural infrastructure needs. The grants are made through the Better Utilizing Investments to Leverage Development (BUILD) Transportation Grants program.

Noting that the rural applications had more than doubled from the previous year’s TIGER applications, USDOT says 59 percent of the applications were for rural projects, with 62 projects awarded to rural grant applications, the department says.

Project applications were evaluated by a team of 222 career staff in the department and selected based on established criteria: safety, economic competitiveness, quality of life, environmental protection, and state of good repair.

It included projects that demonstrate partnerships between the public and private sectors as well as the availability of non-Federal revenue for transportation infrastructure investments.

“Several selected projects will contribute to America’s energy independence,” the release says. “The Permian Basin projects and the Port Arthur Multimodal Rail Expansion and Berth Expansion Project will both contribute to the efficient transportation of domestic energy products. Border security infrastructure is also supported through BUILD Transportation grants, with projects such as the Calexico East Port of Entry Bridge Expansion in California making bridge improvements to accommodate freight traffic and improving other transportation facilities at the border crossing.”

For this round of BUILD Transportation grants, the maximum grant award is $25 million for a single project, and no more than $150 million can be awarded to a single state. There is a $5 million minimum award for projects located in urban areas, and a $1 million minimum for rural projects.

To see more details on all the 2018 discretionary grant awards, click here.

Here’s a sampling of the awards:

Lower Yukon River Regional Port and Road Renovation Project, Alaska, $23,168,722. This  project will repair and upgrade approximately 3.5 miles of high-use service roads as well as construct a permanent barge/landing craft ramp and dock/wharf with up to two berths capable of handling 500-ton barges.

Nenana Bridge Project, Alaska, $9,174,000. This project will construct two permanent fixed bridges across the Nenana River and the Nenana Slough.  The project will complete a larger project to provide year-round connection between 10th Avenue and Totchaket Road.

Project SMAART Phase II, Alabama, $14,222,671. The project will construct an overpass bridge at the intersection of State Route 20 and Bibb Garrett Road. The project includes ramps from SR-20, the addition of a roundabout at the ramp termini, a new access road along SR-20 from the bridge, improved roadway lighting, and accommodations for safe pedestrian access.

Hot Springs Bypass Extension, Arkansas, $20,000,000. The project will construct an extension of the Hot Springs East-West Arterial Bypass from the interchange of U.S. Highway 70 to the intersection of Highways 5 and 7. The bypass will consist of two 12-foot travel lanes and 8-foot shoulders. 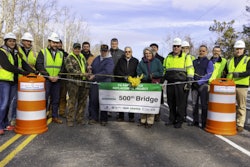 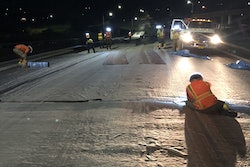 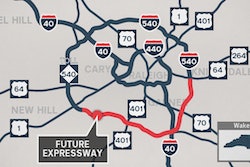