A three-year project to build the $847 million Midtown Express in the Dallas-Fort Worth area is entering the home stretch.

Construction on the project east of the Dallas-Fort Worth International Airport is 90 percent complete and is expected to be finished in the fall, according to WBAP radio station.

The 28-mile Midtown Express is designed to increase capacity on and reconstruct parts of State Highways 183 and 114 and Loop 12. TEXpress Lanes will also be added. The SH 114 section has been completed. Work remains on the 183/114 interchange where Loop 12 crosses over them, the station reports.

SouthGate Constructors, a joint venture between Kiewit Infrastructure South Co. and Austin Bridge & Road, started work in 2015 on the project, which includes 44 rehabilitated bridges, 28 new bridges, four direct connectors and one wishbone structure, according to drivemidtown.com. The project includes Dallas and Tarrant counties and is owned by the Texas Department of Transportation.

The TEXpress Lanes for the project will be new to the Dallas-Fort Worth area. The lanes are built within existing highways to accommodate more traffic. The toll prices change based on traffic levels with the goal of maintaining a speed of 50 mph. Drivers can choose to use the toll lanes for faster travel or stay in the regular lanes. 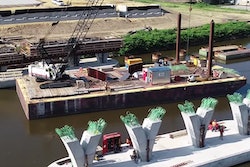 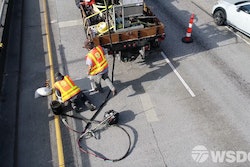 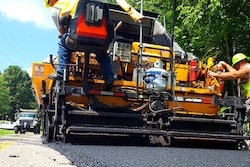