Most people can agree that that a top-notch municipal paving project is founded on the basics: perform the work on time and within budget and produce a smooth, long-lasting roadway. But now, a paving company’s past can catch up with them.

The Federal Highway Administration last year approved a plan by the New Mexico Department of Transportation to use the past performance of a contractor, in addition to a bid, for awarding road or bridge construction contracts. The factors being reviewed for performance include quality, timeliness, job safety, compliance and claims records.

But to get there, both contractors and government agencies have to understand the subtleties between those building blocks center on both parties understanding the needs of each other, steps involved in creating a solid relationship and quality communication.

The first step in understanding the needs of a DOT or municipality by a contractor is to know and follow the agency’s specifications. For contractors working with the same agency, following this is an easy proposition. But challenges arise when a paving company works with multiple agencies.

David Covington, president of DECCO Contractors-Paving in Rogers, Arkansas, faces this quandary as a contractor in northwest Arkansas. His company bids and completes projects in as many as four towns in the area, including Rogers, Bentonville, Springdale and Fayetteville, in addition to the projects for the Arkansas State Highway and Transportation Department.

For Covington and his son Eric, who serves as vice president of the company, the difference in specs presents one of the biggest challenges in their work.

“One of the things we as local contractors do at job lettings is talk about how we all would love if our local cities would get on board with one spec book,” Eric says. “Even if it’s the highway department book, we’d be fine with that.”

David says that issue even extends into the inspection process for agencies, which can impact the end results.

In South Carolina, Richard Turner faces a similar dilemma as project preservation program manager for the Charleston County Transportation Development department. His agency is unique because it does city, county and state roads within the same contract times.

“Typically if it’s a state road in our contract, we follow the state specs for everything so there’s no confusion along the way,” he explains. “They are the most restrictive of the specs that we use.”

However, he adds he has started to move away from some of the South Carolina Department of Transportation’s specs because they are so restrictive. This decision is based on Turner’s fact-finding efforts with contractors and material suppliers. “We’ve worked them a good bit and developed some new specs that we could use on local roads.”

For Jason Benson, county engineer for Cass County (North Dakota) Highway Department, knowing their specs and standards, as well as various state and federal requirements can be a hurdle for both new and experienced paving contractors.

“I think that’s probably the thing that catches some contracts, especially in Fargo,” Bensons says. “We work with a lot of companies across the river in Minnesota on a regular basis, but every now and then we’ll get some that haven’t worked in North Dakota.”

His example for specification variances involves gravel. “The Minnesota Class 5 gravel spec is a little bit different than ours, but it’s enough that it can be a huge deduct on 10,000 tons of gravel,” he explains.

Documentation can also create trouble for contractors, Benson says. His agency strives to keep them updated on what’s needed, particularly contractors who may be new to working with a government agency.

“There’s just so much for them to know when they switch from just doing private work to especially if its one of our federal aid projects,” he adds. “Another big piece is understanding changes, whether it’s changes in conditions like weather or different soil conditions. Bridge contractors we’ve had move in from different parts of the state or out of state and don’t quite know those things get caught with some changing conditions they weren’t quite expecting. It is important contractors do some homework and make sure that they are ready to address those types of things.”

Franchise utilities and their placement, which can be politely called an imposition, affect both a contractor and government agency equally, as they are generally one of the unknowns in project work. Such a discovery process presents the opportunity for both parties to hone their communication skills with each other.

“Our main pitfall working with municipalities is existing utilities and trying to get those moved,” David Covington says. “Cable, electricity, telephone, gas—there are many man-hours involved in dealing with these.”

A recent DECCO project in Rogers provides a good example. While digging, Covington’s crew found a storm drainpipe butting into a utility pole that held them up for at least six months. The problem is, oddly enough, drainage.

“It’s a 48-inch pipe and we dug a small trench from the utility pole to where it drains in a box,” David says. “We have a 48-inch pipe draining into a narrow trench about 18 inches wide in order to drain the project. We had to start on the upper end of the project laying pipe and it all filled up with water because it wouldn’t drain out.”

“I’ve got one right now that’s an intersection improvement project and we’ve got oodles and oodles of utilities in the way,” he says. “We’ve been working on utility coordination for a year and one of our biggest concerns is AT&T. With our first design we were blowing right through four utility duct banks.”

Turner added that AT&T’s timeline to rework their assets would delay the project, and work for the paving contractor, for two years.

“Needless to say we redesigned and we’ve worked around it. I can’t say enough how important it is to locate for any conflicts, because they can really hold up your timeline on a project. It screws up the contractor because then he loses production because he’s stuck in a holding pattern and can’t move forward with the way he bid the project. All those unknowns can really mess up the project on both sides of the fence.”

Knowledge, experience and understanding will do the heavy lifting in a contractor-agency relationship, but communicating problems and solutions separates the top contractors from the rest of the field.

“It goes back to understanding what each of us have to deal with, and if you can, come together. Then you can starting molding your projects so it fits together,” says Turner. “It’s kind of a puzzle that we have to piece together. Trying to get an understanding from both sides helps the project be a better success.”

Benson says a boost for him is having a contractor who has a “winning attitude” and wants to be a partner with his agency, rather than a contractor who ignores issues they may have or downplays his concerns.

“I want someone who will instead step up and address any issues and who will want to work through as a team with us to get the project completed,” he says. “That sets the tone for a good construction project because then you get the cooperation and the trust and realize that if something happens it wasn’t because they were trying to cheat us over, it’s because there’s a legitimate reason. Then you can work through a problem without it being adversarial.”

That partnership atmosphere is key for Turner’s agency, as he stresses the solid relationships that have been developed with two main asphalt contractors. Because of these relationships, he has been able to work up new ideas and mix designs through upfront conversations about what and where tweaks can be made to reduce costs and pave more roads.

“Ultimately both of us want to pave as many roads as possible,” he says. “The contractor wants really good production, which leads to better pricing for us. We used to just pick roads as they came off the list, as the worst road gets paved first. It didn’t matter if it was a street on one side of the county and the next one’s on the opposite side.”

This method drove up Turner’s mobilization costs and led to low production. By talking it over with his contractors, they concluded it was best to concentrate on grouping the work on roads close by to boost production and cut the mobilization costs.

And for David and Eric Covington, the best approach to the contractor-agency partnership is a long-term mindset. 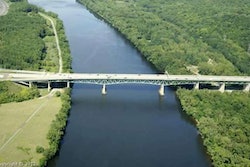