The U.S. Department of Transportation (USDOT) is pushing an Instagram social media campaign, titled #ShowUsYourInfraWear, to highlight the need for long-term funding for infrastructure projects.

While President Obama recently signed a short-term patch for transportation funding, and the Senate has passed a bill with three years of guaranteed funding, it’s been several years since a long-term funding law has been signed.

During the five-week congressional August recess, USDOT Digital Media Director Todd Solomon says the department is turning over its Instagram account to the public and wants individuals to post photos “of the worn-out infrastructure in your neck of the woods”.

“Show us what you would fix if we had a long-term surface transportation law,” Solomon says. “And remember to tag @USDOT and us the #ShowUsYourInfraWear hashtag. It’s gonna be a long five weeks; let’s make it count!”

The department’s Instragram link is https://www.instagram.com/usdot/. 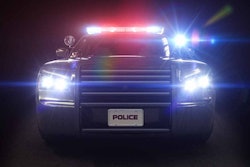