South Carolina DOT chief resigns after one year in office

South Carolina’s Department of Transportation is in need of its third top official in little more than a year after Secretary Janet Oakley submitted her resignation Monday.

The State reported Oakley resigned to Gov. Nikki Haley June 1, but the former lobbyist didn’t give a reason for her departure. Oakley said she would remain the SCDOT secretary until a replacement was found.

The resignation comes just over a year after Haley appointed Oakley in April 2014 after the previous secretary, Robert St. Onge, stepped down when he was charged with driving under the influence.

Before taking the $154,000 position as transportation secretary, Oakley had most recently worked as the director of policy and government relations for the American Association of State Highway and Transportation Officials.

According to Haley, Oakley was not asked to step down. State Rep. Rick Quinn (R-Lexington) told The State Oakley simply couldn’t handle the bureaucracy of the 5,000-employee department, which has a $1.6 billion budget.

“Pretty much every legislator has a story about having a difficult time getting decisions from her. And when she made decisions, they were counter-intuitive to the best interests to the state,” Quinn said. “The bureaucracy at DOT was not going in the right direction,” he said. “It’s a dysfunctional agency in need of reform.”

According to ABC News 4, a 2007 provision in a restructuring law that gave Haley the power to appoint a SCDOT chief is set to expire July 1. However, the state’s budget, set to pass this month, is expected to include a provision to allow Haley to continue to appoint the position.

Quinn told The State a change of leadership at SCDOT was necessary if legislators extended Haley’s power to appoint the top position at the department.

Transportation funding has been at the forefront of the South Carolina Legislature this year. SCDOT said it needs an additional $1.5 billion a year through 2040 to maintain and expand the state’s infrastructure.

Two separate bills to raise the state’s $16.75 gas tax were introduced, but The State said the most recent bill is expected to die in the Senate this week because a state senator plans to filibuster. To make up for the shortfall, the state is also looking into using some of a $400 million budget surplus to help fund road projects. 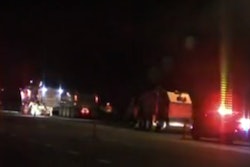 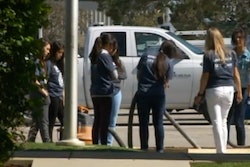 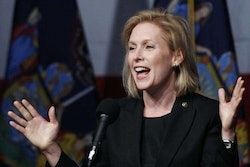