The American Road & Transportation Builders Association (ARTBA) has launched a digital media campaign designed to “amplify the voices of the transportation design and construction industry” via social media, phone calls, and email to urge Congress to act on the continued funding of the Highway Trust Fund (HTF).

Two bipartisan bills designed to address HTF funding, the Bridge to Sustainable Infrastructure Act and the Invest in Transportation Act were recently proposed in the House and Senate respectively.

ARTBA is conducting the campaign using Phone2Action to help distribute the messages of its members and supporters to their respective members of Congress. The campaign’s central website can be accessed here.

The site features a message console where an individual can select an email option then fill out contact information, select a prepared comment (or create an original one) and send the message straight from the console. The Twitter and Facebook option allows individuals to search for their respective members of Congress.

“With 90 percent of Americans owning cell phones and nearly 75 percent using social media, along with the fact that all 100 U.S. senators and 97 percent of the U.S. House of Representatives have Twitter and Facebook accounts, the Phone2Action platform makes it easy for the industry’s grassroots activists to use their phones or tablets to reach elected officials with messages about the need to fix the HTF and pass a long-term transportation bill,” the association said in a statement.

Here is the sample email message available on the console:

I am one of your voting constituents.

My job, and the jobs of all my colleagues who work in your state, depend on the decisions you make about transportation policy.

The federal Highway Trust Fund (HTF) is the source, on average, of 52 percent of highway and bridge capital investments made by the states annually.

Since 2008, Congress has bailed out the trust fund five times with $65 billion in general funds. Passing more temporary funding patches is no way to govern!

The continued uncertainty surrounding the HTF makes it very difficult for state transportation departments to plan future projects. This, in turn, undermines the ability of companies like mine to hire new workers or make investments like purchasing new equipment.

I’m asking you to do the job you were elected to do and be part of the solution. Please take action ASAP to find a permanent solution for the Highway Trust Fund, and then move quickly to pass a multi-year transportation investment bill so we can get the American economy moving again!

Thank you for your consideration. I look forward to receiving your response. 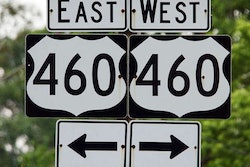 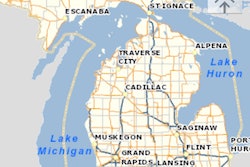 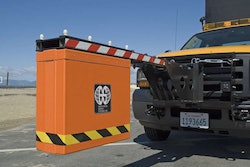