Four months after crews temporarily stopped excavation on a repair pit for the world’s largest tunnel-boring machine due to ground sinkage, Seattle officials have now identified a major repair needed on a water main damaged by the sinking.

Back in December, excavation stopped on the repair pit through which Big Bertha’s massive cutterhead was recently lifted as officials suspected groundwater pumping from the pit caused major soil sinkage in the area. The sinkage spurred Washington state officials to inspect 60 buildings in the city’s historic Pioneer Square neighborhood for damage.

Since then, no structural damage to buildings has been found. However, officials now tell the Seattle Times, a 20-inch, cast-iron water main has sunk as much as 1.3 inches beneath the neighborhood, likely due to the groundwater pumping. A quarter-mile of the main will need to be replaced at a cost of $4 million.

And though the ground has stabilized, Seattle Public Utilities (SPU) director Ray Hoffman told the Times the pipe must be fixed soon in order to avoid flooding that would result from a rupture.

However, there appears to be a dispute between the city and the Washington State Department of Transportation over who should foot the bill. The Times reports the two parties reached an earlier agreement that classifies any sinking of more than 0.92 inches as damaging to water pipes. The agreement also calls upon WSDOT to pay for any repairs needed. But the state has not yet offered to pay for the repairs though discussions are ongoing.

In addition, according to a report from KOMO TV, the Alaskan Way viaduct, which Bertha is digging to replace, has sunk a quarter of an inch, though for unknown reasons. For now, the viaduct remains safe to drive on but Seattle officials are concerned that could change when Bertha tunnels below it later this year.

On March 31, crews lifted Bertha’s cutterhead and body shield panels to the surface through a 12-story pit for repairs. The machine is nearly two years behind schedule in digging Seattle’s new State Route 99 tunnel due to a long list of setbacks. The massive machine went down only one-tenth of the way through digging the 1.7-mile tunnel which will carry a double-deck highway and replace the viaduct. 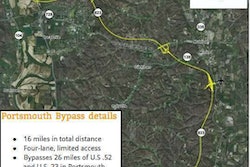 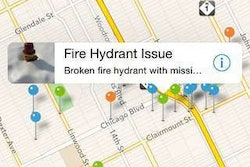 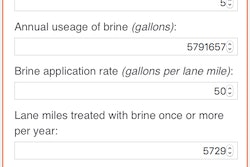 Rivertop says it can cut down on billions in road salt equipment corrosion costs, launches ROI calculator to prove it