Tolls impede the American spirit of the open road

Jack Kerouac would weep, were he alive today.

The author famous for making road trips a rite of passage would be shocked to find how tolls, tickets and traffic fines are being used as revenue enhancement schemes and an extension of the American surveillance state.

The Wall Street Journal recently reported that Drug Enforcement Administration had developed a program to photograph license plates put them in a database to track drug dealers and criminals. You can read a synopsis of it here.

The government won’t say how many license plates are in the database, but it’s reportedly in the “millions.” And like so many other government programs, this one has morphed into a “massive domestic intelligence-gathering program.”

I don’t doubt the numbers, given how easy it is to photograph license plates, especially on toll roads, as I discovered on a drive through Texas last year.  But there is ample evidence that police and law enforcement agencies are using traffic fines as revenue enhancement schemes as well. According to the National Alliance for a Toll Free America, the North East Texas Regional Mobility Authority (they run the toll roads around Dallas and Fort Worth, Texas) gets nearly one-fourth of its revenue from “processing and violation” fees.

To make matters worse, the authorities in numerous states have built these overly complicated toll-road collection systems that are plagued by Kafka-esq glitches and bad billings. Take a gander at these absurd headlines:

In the past our roads made this a great country to go exploring. No other country in the world and no other culture has anything like it. We are a country that is perpetually on the move.

Americans were on the road even before there were roads. The Sioux and Comanche roamed thousands of miles on horseback. The eastern Indians beat feet on paths that ranged from the Adirondacks to the Appalachians. Louis and Clark blazed a trail from the midwest to the Pacific. Mark Twain’s The Adventures of Tom Sawyer was a road trip, but instead of a car and a highway he used a raft and a river.

The road is an iconic fixture in American literature. Born in a car, Kerouac’s hero, Dean Moriarty, could drive for days on end, hot-wire any car, win any girl, always moving always going somewhere. And consider all the other road trip novels: Fear and Loathing in Las Vegas, Blue Highways, Zen and the Art of Motorcycle Maintenance, and Travels with Charlie. And how about the movies: Five Easy Pieces, Thelma and Louise, Easy Rider, Vanishing Point, Smokey and the Bandit, Cannonball Run, National Lampoon Vacation.

We’ll pay for our roads one way or the other. We can pay at the pump with a simple gas tax like we always have, or surrender our freedom to a gauntlet of tolls, fines, fees, computers, and surveillance cameras having to pay every penny ante bureaucrat, banker and politician along the way. 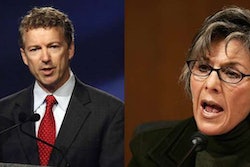 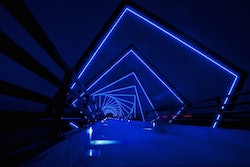