One More Letter to Write

With another bitterly contentious election under our belts, most Americans would like to live in a world without politicians and robocalls and super PACs for at least a little while. But for people in the transportation industry, this is a time to keep writing letters to senators and representatives, because this is a great time to extol the unique virtues of a fuel tax increase as a way to raise revenues without reducing consumer spending — the most diabolical of the challenges facing Congress today.

Here is the letter I sent to my senators and representative. Please feel free to use it or a variation on it, but please take the time to contact your elected officials.

As you and your colleagues wrestle with the challenge of raising revenues and lowering costs in this short session of Congress, I’d like you to be aware of the several immediate benefits that would stem from an aggressive increase in the federal fuel tax with all proceeds going to transportation.

1. As President Ronald Reagan pointed out several decades ago when he signed off on a fuel tax increase, the fuel tax is a user fee, as long as the income is spent on transportation and nothing else.

2. As taxes go, the fuel tax is relatively well regarded by American citizens. President Reagan’s 5-cent increase in 1982 more than doubled the federal fuel tax and is still the largest percentage increase in its history. The citizenry accepted it without rancor. The fuel tax was increased again during both the George H.W. Bush and the Clinton administrations and it was again widely accepted by the electorate.

Today, even the American Trucking Associations and the U.S. Chamber of Commerce are calling for an aggressive increase in the fuel tax to support a long overdue modernization of our roads and bridges.

3. The federal fuel tax is not regressive in terms of its affect on the economy. Over the past decade, gasoline prices in America have fluctuated by more than a dollar a gallon in many years, but only the Great Recession itself reduced vehicle miles traveled. Fuel taxes don’t even affect consumer choices in vehicles, as the continuing popularity of SUVs attests.

Our current federal transportation program, inadequate though it may be, draws billions of dollars of funding from general revenues. Increasing the fuel tax 5 cents per gallon for 2013 will eliminate the need for general revenues for roads and help restore the balance in the Highway Trust Fund. We should increase the fuel tax 5 cents every year for five years to get our highway program where it needs to be to handle the volume of users it must handle if our economy is going to continue to grow in the 21st Century.

I know taxes are never popular, not even the fuel tax. But the one clear mandate from the recent national elections was for Congress and the administration to take positive action in solving America’s frightening economic problems. This won’t solve all of them, but it will help by increasing revenues without dampening consumer spending, and by putting millions of people back to work on infrastructure projects that are as vital to our economy as debt reduction is. 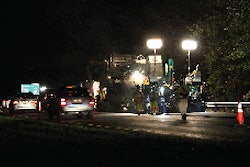 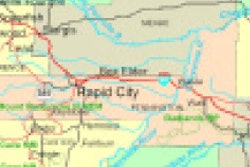 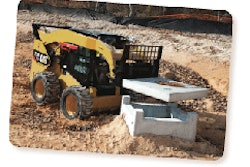