The settlement resolves allegations that, between 2006 and 2011, the companies imported and introduced into commerce 17,521 recreational vehicles, highway motorcycles, and nonroad spark ignition engines without proper EPA certifications required under the Clean Air Act to prevent excess emissions of pollutants. Vehicles and engines that are not certified may be operating without proper emissions controls and can emit excess carbon monoxide and nitrogen oxides and cause respiratory illnesses, aggravate asthma and contribute to the formation of ground level ozone, or smog. The settlement also resolves claims for failure to adequately respond to EPA’s requests for information and labeling violations under the Clean Air Act.

The settlement requires the companies and Mr. John Cheng and Ms. Jenny Yu, senior company executives, to pay a combined civil penalty of $50,000. This amount is based on the United States’ determination that the parties have a limited ability to pay a civil penalty in this matter.  Both companies have ceased importing vehicles and engines and are now dissolved.  In the fall of 2010, NST agreed to pay $250,000 to the State of California to resolve similar violations concerning the illegal sale of uncertified vehicles.

“When companies or their executives fail to comply with U.S. standards when importing vehicles and engines into the United States, it affects the nation’s air quality, impacts consumers and puts businesses that play by the rules at a disadvantage,” said Cynthia Giles, assistant administrator for EPA’s Office of Enforcement and Compliance Assurance, in a written statement. “Today’s settlement demonstrates EPA’s commitment to ensuring that imports comply with requirements that protect our nation’s air quality, while leveling the playing field for businesses that comply with the law.”

Ignacia S. Moreno, assistant attorney general for the Environment and Natural Resources Division of the Department of Justice, says the agency will “continue to vigorously enforce the law to ensure that imported vehicles and engines comply with U.S. laws so that American consumers get environmentally sound products and violators do not gain an unfair economic advantage.”

Moreno notes that by holding individuals “personally accountable under the consent decree, this settlement shows not only that we will pursue companies who violate the law, but where appropriate, will take additional measures to ensure that individual executives who act on behalf of companies cannot repeat the same conduct under a new corporate identity.”

John Cheng (also known as Yuan Cheng) was the sole shareholder, director, president, secretary, chief financial officer, and treasurer of the YCIG. NST was the corporate successor to YCIG after YCIG dissolved. Mr. Cheng’s wife, Ms. Jenny Yu, was the president, secretary, chief financial officer, one of two directors, and a 50 percent  shareholder of NST.  Mr. Cheng was the other 50 percent shareholder of NST.  Both Mr. Cheng and Ms. Yu are individually bound by the terms of the settlement and are personally jointly and severally liable for the liabilities and obligations arising from the consent decree.

The Clean Air Act prohibits any vehicle or engine from being imported and sold in the United States unless it is covered by a valid, EPA-issued certificate of conformity indicating that the vehicle or engine meets applicable federal emission standards. The certificate of conformity is the primary way EPA ensures that imported vehicles and engines meet emission standards. This settlement is part of an ongoing effort by EPA to ensure that all imported vehicles and engines comply with the Clean Air Act’s requirements. 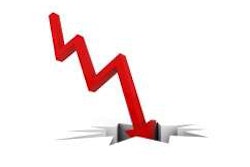 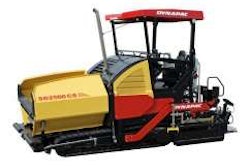 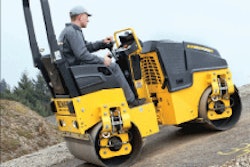