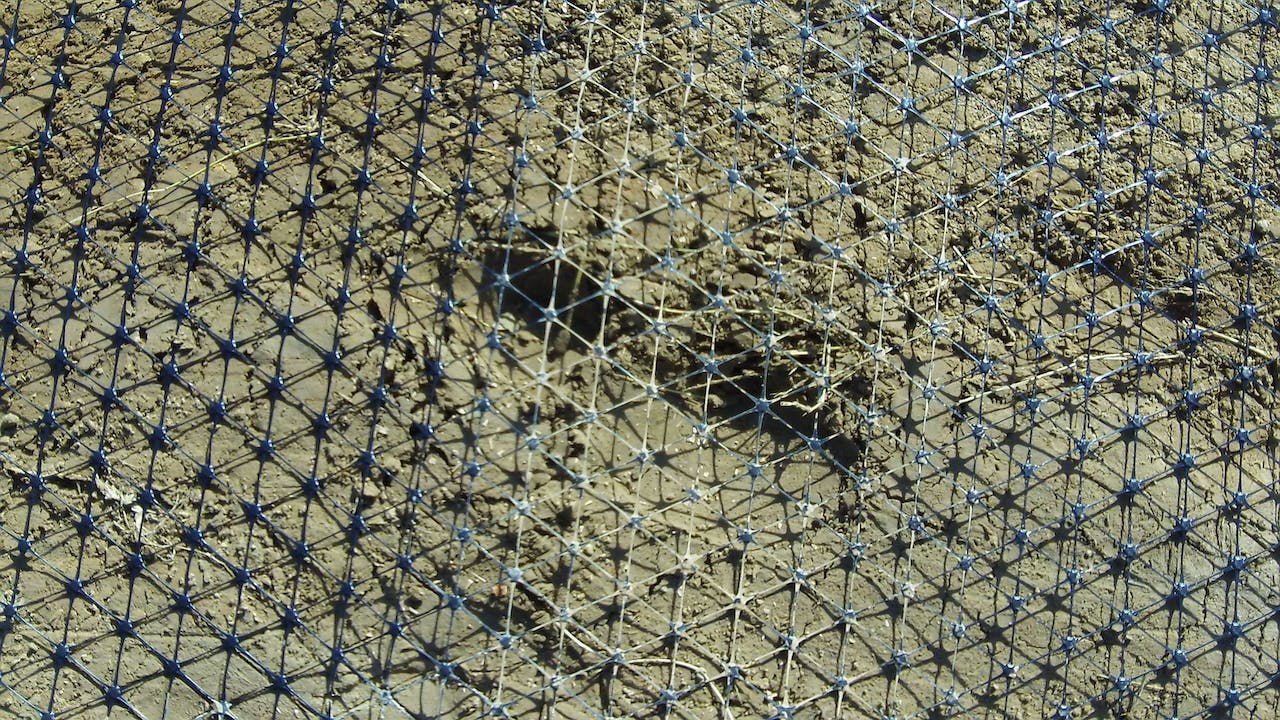 Texans work hard to ensure everything is bigger and better in the Lone Star State, and their road projects are no exception.

The Texas Department of Transportation (TxDOT) was in the process of widening State Highway 154 in Sulphur Springs, Texas, when it called on Tensar International Corp., a manufacturer of geogrid, to assist the agency with developing a strategy for stabilizing an area of extremely soft soils.

A Spring in the Road

Highway contractor D.L. Lennon ran into trouble with a section of the road, which was constantly receiving water from what was assumed to be an underground spring. A rain event had not been experienced in the area for multiple weeks, yet the section continually suffered from the effects of the highly saturated, silty soil with very low shear strength.  The contractor, while trying to bridge the section, had encountered problems with sinking equipment in the extremely soft and saturated soils. 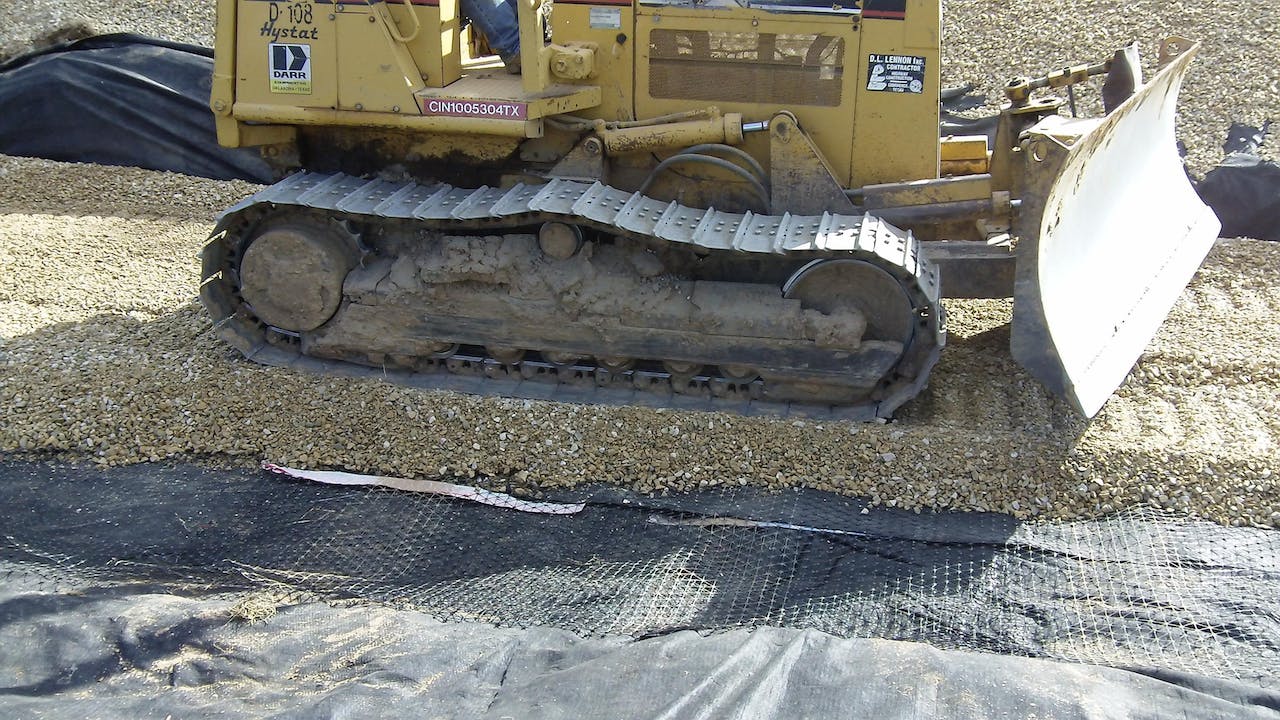 A mechanically stabilized layer (MSL) using Tensar’s TriAx Geogrid was used to produce a stable and unyielding platform for the contractor to build upon. After the first layer of geogrid and rock, the operators were able to drive their equipment completely across the affected areas.

One solution discussed included further excavation of the affected section.  However, this course of action presented problems of its own.  “The deeper we excavated, the more sloughing would occur, gradually eroding the subgrade under the existing road,” said Jeff Rook of D.L. Lennon. “We would also have required the transport of additional equipment to excavate the area due to the inability of even tracked equipment to traverse the region without sinking, thus increasing costs.”

With further excavation not a viable solution due to cost and a possible compromise of the existing roadway, the project team began looking for another solution.

The team turned to GeoSolutions Inc., one of the project’s material suppliers for a viable, cost effective solution. After visiting the site with both TxDOT and D.L. Lennon representatives, GeoSolutions recommended using the Spectra Roadway Improvement System incorporating TriAx Geogrid.

This geogrid had not been previously used by TxDOT.  However, it had been extensively used by the private market to solve similar problems, so TxDOT was confident that it could provide them an expedient, cost-effective solution and get the project back on track post-haste.

The team – along with the District TxDOT Pavement Design Engineer Wade Blackmon,  TXDOT Assistant Area Engineer Chris Mountain, and TXDOT Director of Construction Kevin Harris – developed a plan to use a layer of Tensar TriAx TX140 at the subgrade level with 12 inches of aggregate and a layer of TriAx TX5 within the overlying pavement. This system solution allowed the contractor to bridge the saturated soils by placing the geogrid along with a layer of filter fabric directly on the in-situ subgrade. 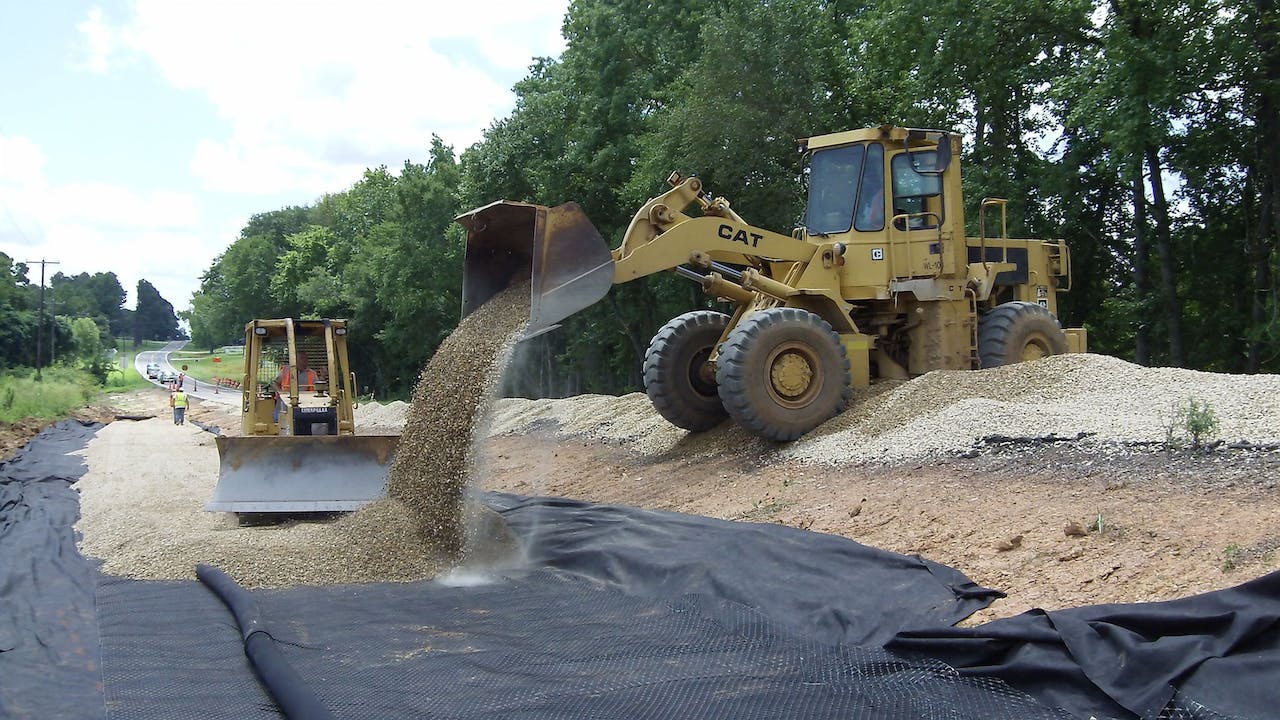 “The Spectra System is a fast, affordable solution for bridging over problem areas,” said Marcus Long, technical sales representative for GeoSolutions.  “A mechanically stabilized layer (MSL) using Tensar’s TriAx Geogrid was used to produce a stable and unyielding platform for the contractor to build upon. After the first layer of geogrid and rock, the operators were able to drive their equipment completely across the affected areas.”

The project design included adding a 12-inch layer of crushed stone (3/8- to 1-inch) to lock into the geogrid to produce the MSL to build upon, thus addressing the unstable ground.  A layer of filter fabric and a six-inch perforated drain pipe were also included to aid in the removal of moisture that may continue to infiltrate the section from below.  The contractor was able to fill and compact the embankment and cement treat the top six inches without any further delays. Finally, a layer of TX5 was used under the original pavement section, which consisted of 10 inches of flexbase and two inches of hot mix asphalt concrete (HMAC).

D.L. Lennon was able to avoid further excavation of the site and additional transport of equipment to and from the affected area, thus reducing labor and equipment costs.  “TriAx Geogrids bring a number of benefits that include simplifying construction by reducing labor time and the amount of necessary equipment,” said Gretchen Davidson, P.E. at Tensar Corp. “The utilization of the product over soft soils can, in many instances, save customers up to 50 percent in construction costs by requiring less aggregate, as well as increasing the lifespan of the surfaces and enhancing the reliability of trafficked surfaces.”

Ultimately, the geogrid solution provided a foundation to the SH 154 project that allowed the contractor to immediately bridge over the soft section efficiently and effectively. The system was easily installed over the weak soils without employing extra equipment, over-excavating or losing time, all while keeping costs at a minimum. 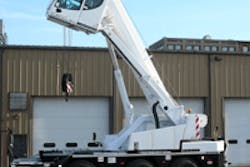 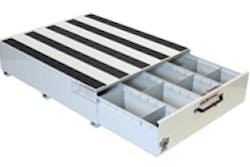 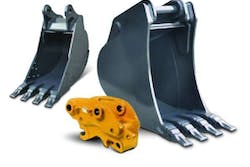 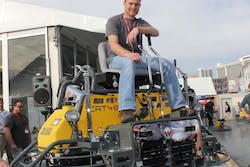