With reauthorization less than a year away, it’s time for lawmakers to begin considering funding options that will bring in revenue for the nation’s deteriorating transportation infrastructure.

Though talk of increasing the gas tax recently spiked (Former Transportation Secretary Ray LaHood and Chamber of Commerce President Thomas Donohue both suggested this month raising federal fuel taxes), it’s not likely to happen since about 66 percent of Americans would reject a higher gas tax.

The 18.4-cent-per-gallon gas tax, which has remained unchanged for 16 years, is currently the main source of transportation revenue in the U.S., but it does not provide enough money to fund all necessary transportation projects.

However, more than 43 percent of Americans would prefer to pay higher tolls to fund roads and infrastructure rather than pay other fees such as a higher sales tax or transportation fares.

And according to a report from the International Bridge, Tunnel and Turnpike Association (IBTTA), tolling is a viable solution to America’s transportation funding dilemma. The U.S already has 5,431 miles of toll roads in 35 states and territories.

The report notes that one of the biggest problems that arises when talking about funding infrastructure will toll revenues is that “federal law prohibits states from using tolls to rebuild existing lanes of interstate highways.”

IBTTA busts five myths that it says “are making it tougher for tolling to help fill our nation’s infrastructure funding gap.”

As Congressman Nick Rahall (D-WV) said at a fly-in in Washington, D.C., in June, “….all [funding] options should be on the table.” That includes tolling. 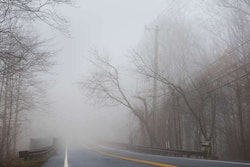 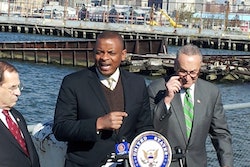