The pros and cons of transportation funding options

Following transportation funding discussions at this week’s Transportation Construction Coalition (TCC) Fly-In in Washington, D.C., Politico has reported the pros and cons of the four most popular money-raising options.

Lawmakers at the Fly-In discussed four main options for funding infrastructure projects: implement a higher gas tax, enforce a vehicle-miles-traveled fee, expand oil and gas drilling and use money from the General Fund.

Increasing the gas tax is one of the most talked-about options because it would be fairly simple in comparison to others. The gas tax has been around for more than 50 years and wouldn’t be considered a new tax. It has also gained support from coalitions and labor groups.

However, the 18.4-cents-per-gallon tax has remained just that since 1993, which would make an increase tough to sell to the public. In fact, the gas hike has proven to be a tough seller. Gallup poll results released in April showed that two-thirds of Americans would vote against an increased gas tax.

Even if taxpayers agreed to the increase, it wouldn’t do much good, since fuel-efficient cars and alternative forms of transportation are gaining more popularity, particularly among Americans 16 to 34 years old. The continued drop in fuel used would likely keep funds deficient.

Another popular option among lawmakers is to charge drivers per mile traveled. This fee would collect the most funds from the people who use the roads the most. It would also have taxpayers paying for the roads they actually use, which would seem to make the most sense.

The biggest concern with the vehicle-miles-traveled fee is privacy. Since the system relies on a GPS device connected to the vehicle, many Americans are concerned about the possibility of all cars in the country being tracked by location.

Another major problem with a VMT fee is cost. The system would cost more than raising the gas tax and could amount to millions of dollars.

Expansion of oil and gas drilling is one of the more recent ideas–one which Speaker John Boehner (R-OH) has called “natural link.” The concept, which would allow for additional drilling off the coasts as well as in the Arctic National Wildlife Refuge, is a Republican-backed option, though it’s also drawn some Democratic support.

The problem with using expanded drilling to fund transportation infrastructure projects is that it would only raise $4.7 billion in a decade, which is tens of billions of dollars short of what is needed.

Other potential problems with this option include opposition from coastal lawmakers as well as from Democrats pushing for alternative fuels and cleaner air.

The General Fund has been one of the more popular ways to fund the Highway Trust Fund (HTF) for years. It paid for extensions prior to MAP-21 and funded portions of last year’s bill.

Check out the full story from Politico for more pros and cons of the four most talked-about transportation funding options. 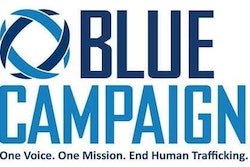 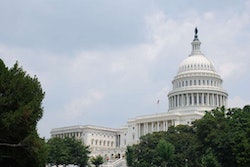 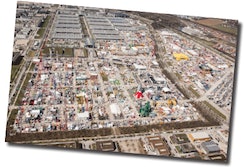