The House may consider a bill next week that would bring back about 330 National Highway Traffic Safety Administration (NHTSA) employees who were furloughed last week when the federal government shutdown began.

Representative Lee Terry (R-Neb.) said during a RealClearPolitics panel on distracted driving that he intends to introduce the bill this week, Politico reported in its Morning Transportation on Thursday.

“If there is a defect discovered, you don’t have a way within the operation at NHTSA to publicize that,” Terry said during the panel.

Terry added that he has already told Speaker John Boehner (R-Ohio) about the bill, and that the House could vote on it within the week.

“I think it will be brought up,” Terry noted.

However, a bill that would end furloughs in the Federal Aviation Administration (FAA) is not faring so well.

The House approved the bill, which would reopen the FAA and continue appropriations for the agency, on Wednesday. The Senate and White House, however, have expressed disapproval of the bill.

Senate Commerce Chairman Jay Rockefeller (D-W. Va.) said he wants the FAA to reopen but thinks it should be done through a clean continuing resolution (CR) that brings the entire government out of the shutdown, according to the Politico report.

The White House said it would veto the bill if it passes the House.

Representative Rick Larsen (D-Wa.), top Democrat on the House Transportation and Infrastructure’s Aviation subcommittee, argued that lawmakers need to focus on the debt ceiling and government shutdown rather than trying to reopen select agencies, Politico reported.

“Until we get past this government shutdown and the debt ceiling debate, it is going to be very hard to focus on any one part of the government, including the FAA,” Larsen said. 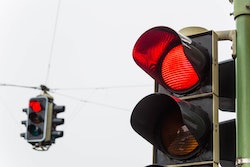 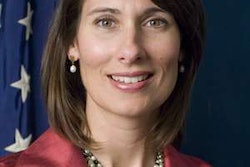