MAP-21: The good, the bad and the lessons learned 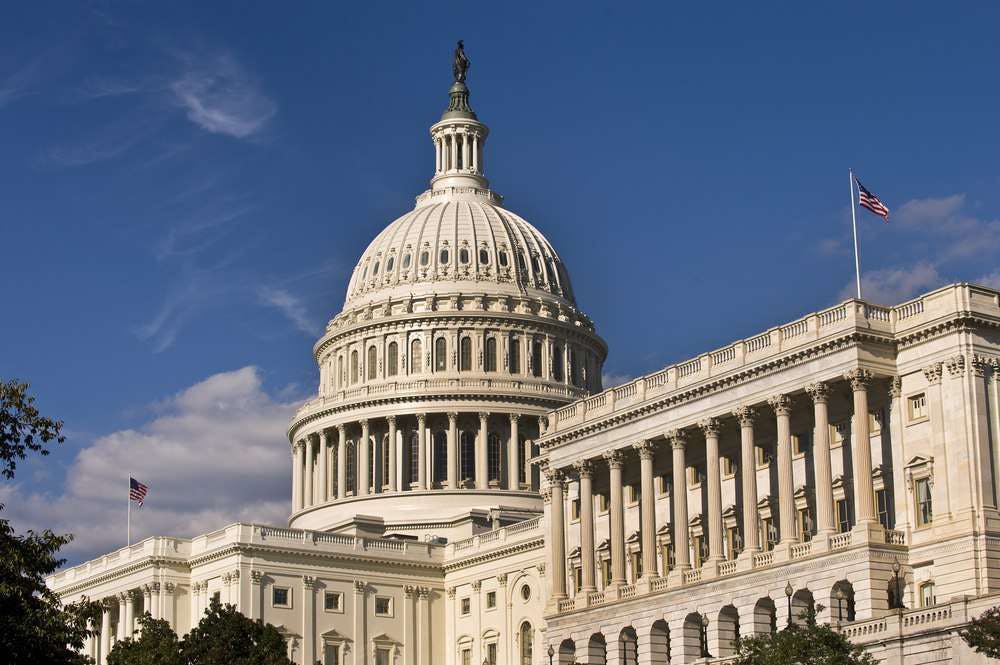 With reauthorization less than a year away, many agencies are thinking about ways lawmakers can improve the new federal bill.

Four American Public Works Association (APWA) Transportation Committee members joined last month at the APWA Congress and Exposition in Chicago, Illinois, to lead a discussion about the good and bad of the Moving Ahead for Progress in the 21st Century Act (MAP-21) — the most recent transportation infrastructure funding bill — and what can be done during the next reauthorization to help local and state agencies fund necessary transportation projects.

Susan Hann, city manager for the City of Palm Bay, Florida, moderated the session, while John Davis of BBG Consulting; Kathleen Davis, director of Highways and Local Program with Washington State Department of Transportation (WSDOT); and Debra Hale, executive director with the Transportation Agency for Monterey County in Salinas, California, offered their opinions on previous and future MAP-21 provisions.

Despite the criticism it has received, MAP-21 has done some good for local agencies.

Kathleen Davis pointed to the environmental streamlining provision as a major success with MAP-21. Davis said the provision allows for an increase in categorical exclusions (CE) — which allows agencies to not perform environmental assessments on certain categories of projects when those areas don’t affect people or the environment — without the need for Federal Highway Administration approval each time.

John Davis agreed that categorical exclusions are helpful, though he said very few agencies have used them.

Kathleen Davis added that the streamlining encourages all agencies to increase programmatics.

Hale agreed that that some streamlining has been helpful to local agencies, noting that the provision has allowed small municipalities to do more with less funds and resources.

Hale added that another positive note about MAP-21 is that it didn’t lose flexibility in programs.

Kathleen Davis also noted performance measures have been helpful. Some, like the target zero plan that seeks to eliminate highway deaths, force state departments of transportation to ensure local agencies are funded.

Though MAP-21 has been helpful in some ways, it doesn’t have a lot of critics for nothing. The committee members noted several aspects of the bill that they say have been counterproductive.

Kathleen Davis said some of the major downfalls of MAP-21 include the discontinuation of federal bridge funding, moving all transportation agencies to the National Highway System (NHS) without a transition period. 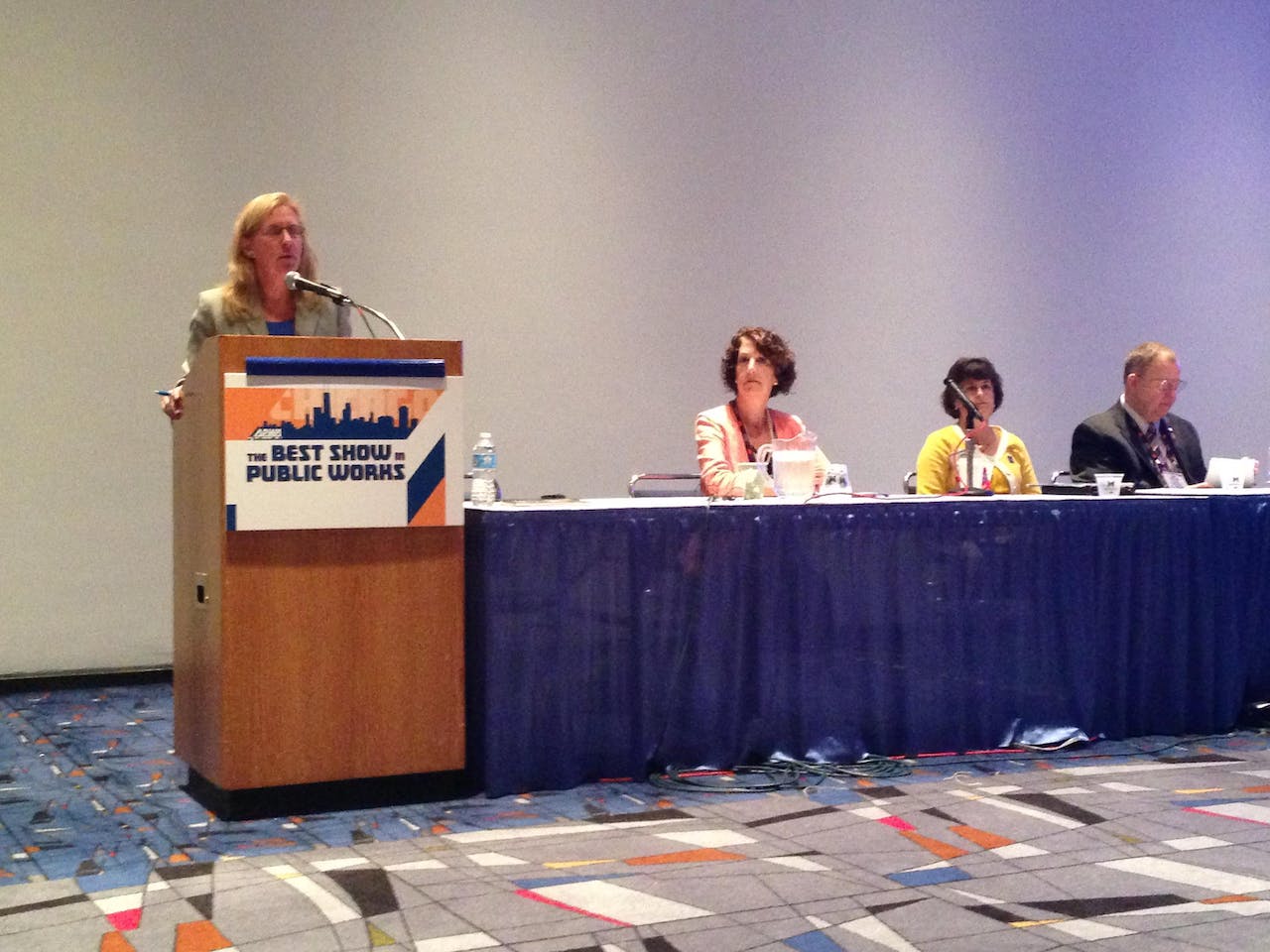 She noted the lack of federal bridge funding is forcing local and state agencies to try to find other ways to fund important bridge projects, while the shift to the NHS system without a transition period was chaotic and confusing.

“There’s a lot of problems with earmarks, but they were easier to use,” Hale said.

Hale said another problem with MAP-21 was a loss of suballocations, preventing small agencies from receiving enough funds and causing a loss of flex.

Hale also pointed to Buy America — which requires agencies using federal recovery funds for a particular project to buy American-made materials for that project — as a problem with MAP-21.

Kathleen Davis agreed, noting that Buy America also applies to contracts not federally funded. She said the biggest problem with Buy America was that is was a huge change in business practices, but there was no transition into it and no one had time to prepare for it.

As with any major change, there have been a few lessons to take away from MAP-21 as lawmakers get ready to draft a new infrastructure funding bill.

Kathleen Davis first noted that the federal government should be more flexible in allocating funds. She pointed to the Buy America expansion as her biggest concern, adding that it is something that can be solved through reauthorization.

“I would strongly encourage us to work with our delegation,” Davis said. “This has become a very big challenge. It’s difficult for states to enforce this.”

Kathleen Davis also noted that the National Highway Performance Program (NHPP) could use some improvements, as well as outdoor ad control and the NHS regulations.

John Davis said the next federal bill could allow for the exemption of small projects from federal rules provided they follow local and state requirements. When an audience member asked whether Davis thought that would actually happen, he replied, “It won’t happen unless we try it.”

John Davis also said he wants to see improvements for local projects in Every Day Counts, as well as transition for funding for a vehicle miles traveled (VMT) fee. He noted that privacy issues and conversion costs (which amount to about 20-30 percent for VMT) will likely prevent VMT fees from being implemented anytime soon. He said those fees will be more likely to be accepted in about 10 years.

Hale said she would like to see more alternative transportation programs with reauthorization. Any size, she said, could be valuable to local agencies.

She also noted that with the new funding bill, states should start collecting more data for local agencies, which would give the local agencies more opportunities for additional funding.

In fact, Hale was the first to note that local agencies needed more funding with reauthorization.

“Kind of the big elephant in the room is what did we not get? Enough money,” Hale said. 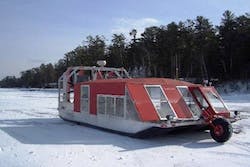 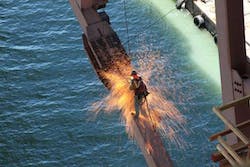 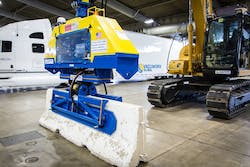 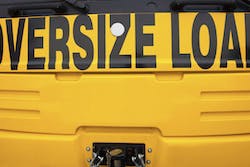