Nearly a month after Elon Musk, CEO of Tesla and SpaceX, tweeted about his concept for a “hyperloop” rapid transit system, Musk has offered more details on the proposed mode of transportation.

Musk shared the details on Tesla’s blog on Monday, pointing to his disappointment about the cost, speed and practicality of California’s high speed rail as a platform for creating the Alpha Hyperloop.

According to Musk’s plan, the hyperloop system would be less costly (Musk says he expects it to cost less than $54 million) and much faster (hyperloop speeds would reach between 300 mph and 760 mph) than California’s “bullet train that is both one of the most expensive per mile and one of the slowest in the world.”

Musk proposed that the hyperloop would be a low pressure, elevated system featuring capsules (which Musk also calls pods) that are each pushed by a battery-powered fan and can travel between cities that are less than about 900 miles apart. With a baseline of up to 40 active capsules during rush hour, the system would have the capacity to carry 840 passengers per hour, which Musk says accounts for 70 percent of travelers during rush hour.

Each capsule would carry 28 passengers, be separated by about 23 miles and hover over compressed air. Though a fan — technically known as a “stator” — would push each capsule through the tube, various linear accelerators would initially accelerate them.

In addition to the passenger-only capsules, Musk has proposed a passenger plus vehicle version that would hold 28 passengers and three vehicles.

Two steel tubes would be welded together side-by-side to allow the capsules to move in two directions. Pylons would support the tubes at every 100 feet, while solar panels atop the tubes would power the system.

The hyperloop would travel between Los Angeles and San Francisco in about 35 minutes, follow I-5, be constructed in the median and have an average departure time of two minutes between capsules. 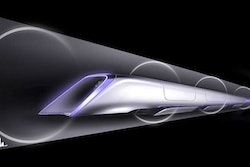 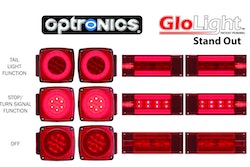 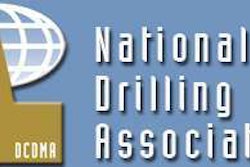 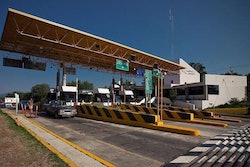