We had a day of just sitting still so it was time to go on the move again! The kids and I packed up early in the morning, left my parents’ house and headed toward Central Ohio to visit family – some cousins and their adorable kids – aunts and uncles, and some of my kids’ friends from our brief stint of living in the area last year.

A 2-1/2 car ride and we were there. The morning was a fun one of catching up with some cousins and having my boys play with my cousins’ kids. It was shaping up to be a super hot day so just before we were leaving, the boys jumped in the kiddie pool, clothes and all.

Good thing we were headed to (the first) pool. We hit one pool for a couple of hours before my older son went to his buddy’s house to hang out for a bit while I took my younger son to a different pool to meet his friends.

After letting my younger son swim for a while (and having me swim with him), it was time to pick up the older son from his buddy’s house. I wanted to make it a special day for the boys, so I picked my older son and his friend, took everyone out for dinner and then to see “How to Train Your Dragon 2.”

Before the movie started, I was tempted to take a little nap in the recliner seats at the movie theater. Since we were out visiting folks, I decided it was O.K. for the kids to see a later movie. That means it wasn’t over until about 10:30 p.m. I may not be asleep at this time, but I’m usually home in my jammies catching up on work or taking care of things around the house — not out and about with three kids at a movie theater.

As we headed out of the theater, we were greeted with a torrential downpour. After waiting about 10 minutes, the rain lessened, and the kids and I made a run for it. It must have been a pretty entertaining site — a suburban mom who was a hot mess by that time of day trying to run while hanging onto three kids and drag them through a parking lot in the rain.

We made it to the car just in the nick of time. Rain began to pour down again, flooding some of the roads on the way to drop off my older son’s friend.

After dropping off the friend, it was time to drive 30 minutes to my very gracious aunt and uncle’s house where we were staying for the night. We finally made it there just before midnight. I’m such a party animal – out with kids at movie late at night!

The boys and I picked a room and all crashed together. Sounds like a sweet, cozy picture. Mommy snuggling up with her two boys. It was really mommy defending herself from being kicked and hit all night as my boys slept in odd positions and at one point, I think one of them turned around and was sleeping in the bed with his head at the foot of the bed.

The next morning, we visited with my aunt for a bit and then hit the road to go back to my mom and dad’s house in Northeast Ohio.

After making it there 2-1/2 hours later, I was more than happy to let the kids hang out with my parents while I retreated to my childhood bedroom to work for a bit. At that point, sad as it is, heading upstairs to work was my relaxation.

To read earlier posts from this road trip (and my oh-so-exciting life), click below: 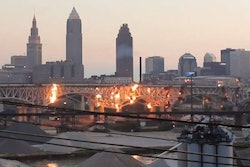 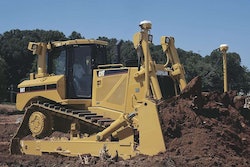 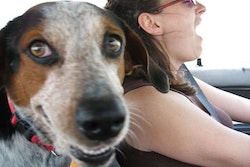 Singing driver inspires motorists to break out in song