After scrambling all morning to finish up loose ends at work, get the laundry done, make sure the trash was taken out and get everything else in order before I left town on Friday, it was midafternoon before I set out.

At about 2:30 p.m. Central Time, my boys and I finally were finally on our way for the first leg of a nearly two-week road trip from Chicago to New York and back. This journey was from Chicago to Cleveland to see my folks and help my Dad celebrate a belated Father’s Day and my Mom’s birthday after what has been a trying and courageous year for both of them.

When we started out, the traffic was bumper-to-bumper. It was a little early for rush-hour, and I was surprised that the traffic was really starting in the suburbs. But, I thought, it is the summer and it was a Friday so, no problem. It will ease up.

After about three or so hours of this type of traffic I was beyond frustrated. Boy, if we don’t get a new highway bill soon….

I cannot imagine dealing with this kind of congestion every day. I’m lucky enough that I get to work out of my home and I just travel to trade shows, industry events and various plants. I cannot imagine driving this every single day. So after the three-hour frustration of traffic, we finally broke free. That’s also about the time that tablets in the car were out of power. That also means my kids were sick of being in the car.

So we started singing. (I can just imagine all of you laughing at me right now.) I was getting so desperate, that I even broke the “Frozen” playlist and belted out, along with my kids, “Let It Go.”

Those of you who are parents of younger children probably know this song all too well. In fact, it you probably can’t get it out of your head.

Then we began to play the truck game, looking at the different kinds of trucks and shouting out the names on them and whether they were double or triple trailers. This occupied us for a little while longer.

Then, of course, my boys were starving. You’d think I never feed these poor kids, so we stopped at a popular Italian chain restaurant, where they put away three giant bowls of salad, at least two rounds of breadsticks, and a couple of bowls of soup. The little one even scarfed down a small kids’ Fettuccine Alfredo.

I can’t believe how much these boys can eat. Sure, I can put away a lot of food. (I like my pasta and wine.) That’s why, despite working out all the time with boot camp, boxing and running, I am still “shapely.” (That sounds like a good word, right??)

And so, the journey continues. This day was from congestion to digestion.

I’ll keep you posted on the rest of my journey to the East Coast with two, rambunctious boys in tow! 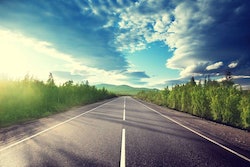 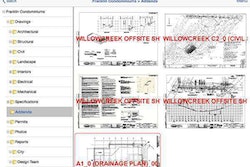 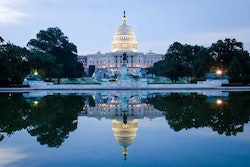