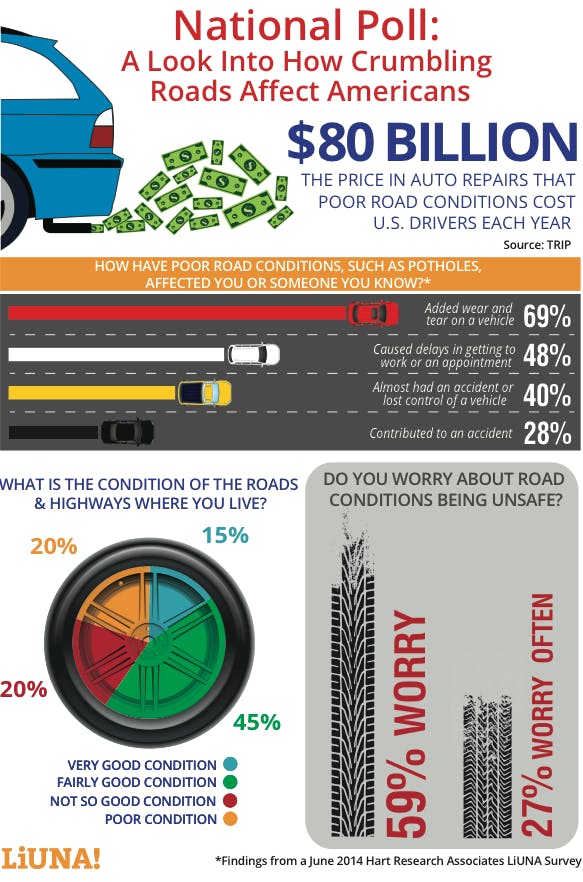 The majority of Americans are concerned about unsafe road conditions as a result of poor road surfaces, according to the results of a survey released Thursday by Laborers’ International Union of North America (LIUNA).

Survey results show that 59 percent of respondents worry that poor road surfaces create unsafe conditions, and 27 percent say they worry often. The majority of concerned responses are from the Northeast (69 percent), the Midwest (67 percent) and urban areas (70 percent).

The survey also reveals that those worries likely originate from experiences. A large portion of respondents (40 percent) say they or someone they know has nearly wrecked or lost control of their vehicle because of poor road conditions, and 28 percent say road surfaces have contributed to an accident involving themselves or someone they know. Two-thirds (69 percent) attribute depreciation of their vehicle to poor road conditions.

“It’s time to stop sugar-coating this issue,” said LIUNA General President Terry O’Sullivan. “Americans have real concerns about safety due to the neglect of our roads and bridges. It is the solemn responsibility of Congress to pass a long-term, full-investment Highway Bill this year.”

Avery Ash, director of Federal Relations for the American Automobile Association, noted that Americans are speaking up and want to see positive changes in transportation infrastructure.

“This survey – as well as AAA’s own polling showing that two-thirds of Americans believe the federal government should invest more than it does now on roads, bridges and mass transit systems – make it clear that motorists have serious concerns about road safety.”

Though MAP-21 expires September 30, Congress will need to find a solution sooner because the primary source of funding, the Highway Trust Fund (HTF), is projected to run out of money by the end of August. Without the HTF, state and local governments would have a hard time funding projects and 700,000 workers would be out of a job. 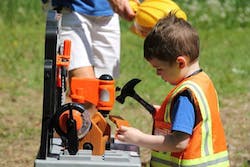 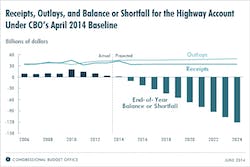 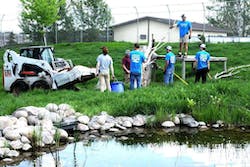