Sen. Barbara Boxer said Thursday that she and three other top transportation senators have “reached an agreement in principle on a transportation bill.”

During a press conference, Boxer, who is chairman of the Senate Environment and Public Works Committee, — along with EPW ranking member David Vitter, Transportation Infrastructure Subcommittee chairman Tom Carper and subcommittee ranking member John Barrasso — outlined the principles that will be included in the Senate’s  reauthorization of MAP-21, the current highway bill, which is set to expire in September.

Boxer noted that the committee has prioritized:

Boxer, who previously noted her intention to send the committee’s version of the bill to the Senate floor by April, said the committee’s goal is to create a solution before the Highway Trust Fund (HTF) goes bankrupt.

“The reason the four of us are standing here is to send a strong signal to this country that we as leaders of this committee have worked to act across party lines before the Highway Trust Fund cannot pay its bills,” Boxer said.

She pointed out that the HTF could run out of money as early as July.

“For those of you who follow this issue you know that the Highway Trust Fund is expected to run out of money later this summer, which would be devastating to thousands of businesses, millions of workers across the country — not to mention every American that uses roads or transportation systems,” Boxer said.

Vitter agreed, noting that the committee is trying to create a bill before the HTF is drained.

“I’m encouraging the members of the Commerce and the Banking committees to do the same so that we build that momentum and work with our colleagues on the Finance Committee to put that finishing piece on so we can act well before our deadline in July or August,” Vitter said.

“This is nonpartisan and this is critical for all of our constituents and for our economy,” he continued. “Having a good robust highway and related infrastructure is a key part of the backbone of the economy, and we all support doing that in a responsible, open and transparent way. And the detailed outline of transportation policy that we have developed that’s being turned into legislative language now does just that.”

Boxer also noted that the committee wants to ensure highway and bridge users have a safe and reliable transportation network.

“At a time when 70,000 of our nation’s bridges are structurally deficient and 50 percent of our roads are in less-than-good condition, we must act, and that is what we intend to do,” Boxer said.

Vitter said the committee aims to begin work on the bill later this month.

“What we have is a detailed outline of the next highway bill in terms of policy matters within our jurisdiction,” Vitter said. “Our staff is developing the specific legislative language on all of those points. A lot of it is being worked on and we expect to be acting on that bill — all those items within our jurisdiction — in the next work period after this recess.” 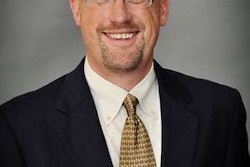 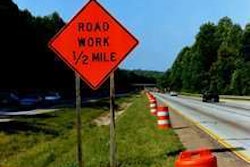 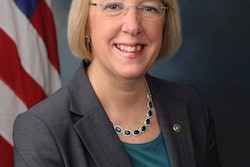