A Colorado general contractor faces a charge of felony manslaughter after a worker died from a trench collapse in 2018.

Rosario “Chayo” Martínez was working in an 8-foot-deep trench in Granby, Colorado, attaching a copper pipe to a main line when the trench collapsed and buried him June 14, 2018, according to the U.S. Occupational Safety and Health Administration. OSHA said he died of severe head trauma and excessive loss of blood.

Rescue personnel arrived at 10 a.m. and had uncovered and removed Martínez by 10:17, but he was unresponsive to CPR and later was pronounced dead at a nearby hospital, according to a Sky-Hi News report.

OSHA later cited residential and commercial general contractor ContractOne of Avon, Colorado, with one willful violation—OSHA’s most severe penalty—for not having a protective system to prevent cave-in, as well as 12 serious violations and one other violation. The serious violations included no worker hard hat or eye or face protection, no ladder or other means to exit the trench, working in a trench with accumulated water, materials and equipment were closer than 2 feet from the edge of the trench and the trench had not been inspected by a competent person before workers entered.

Bryan D. Johnson of ContractOne was charged August 22 with manslaughter after the OSHA investigation and an investigation by the Granby Police Department. District Attorney Matt Karzen decided to file criminal charges in the case against Martínez’s employer.

“The thorough investigative work of both the Granby Police Department and OSHA revealed facts supporting a criminal prosecution for this jobsite death,” Karzen said in a statement to Sky-Hi News. “Worksite safety regulations exist for a reason, and here, we are reminded just how important it is for employers to adhere to those regulations.”

The decision to charge the contractor is not typical; however, in the past five years, prosecutors have been more willing to press charges in trench collapse cases because they are preventable if proper protective measures are put in place. Criminal cases in trench collapses have occurred in Santa Clara County, California (2015), New York City (2016), Ventura County, California (2017), Boston (2017), Seattle (2018), two cases in Pennsylvania (2018), and Morris County, New Jersey (2018).

According to a GoFundMe page set up for Martínez, he was a husband and father.

“He was kind, funny, smart, hard-working and the sole provider for his family that lives in Mexico,” the fundraising page said. “We will miss him tremendously but will try to find solace in the knowledge that his spirit will remain long after his passing.” 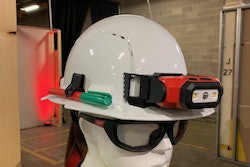