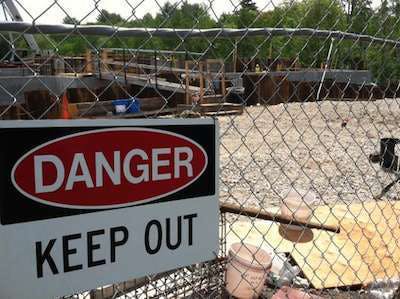 A worker survived a 25-foot fall into the basement of the Oxford Wastewater Treatment Facility earlier this week. Credit: WMTW TV

A worker in Maine is fortunate to have survived a two-story fall after slipping out of his safety harness Monday.

According to a report from WMTW TV, the man was working as part of a crew at the Oxford Wastewater Treatment Facility when he fell slipped and fell.

At the time of the fall the worker was wearing a safety harness. It’s unclear how, but during the fall he slipped out of the harness, tumbling 25 feet into the basement of the unfinished facility.

Rescue workers had to cut through rebar to reach the man before lifting him to the surface and taking him to the hospital. He was treated for head an back injuries but was awake and talking when paramedics arrived to the scene, the station reported. 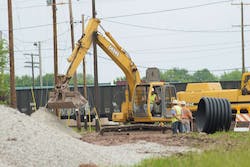 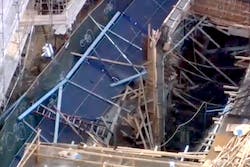 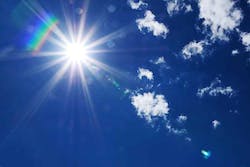