Stay clear of an excavator’s attachments and swing area

The accident: A utility contractor was using an excavator with a lifting eye connected to the bucket to load concrete manhole sections. A coworker on the ground connected the sections to the excavator and then disconnected them once the sections were placed on a truck. While the worker was attaching a three-leg bridle to the manhole section for lifting, the bucket disconnected from the excavator and struck the victim, knocking him to the ground. He died at the scene from injuries resulting from blunt head trauma.

The bottom line: The excavator was equipped with a quick-connect coupler device that operated electro-hydraulically via controls in the cab, with a warning buzzer and indicator light behind the operator’s seat. The system is designed to retract the bucket cylinder slowly while the attachment is close to the ground. A post-accident investigation showed a malfunction in the hydraulic circuit that enabled retraction of the quick-connect system’s slide lock in any bucket position. Also, contributing factors were found including intermittent electric power to the switch, which prevented the indicator light and buzzer from activating immediately; as well as the operating switch and indicator light being located outside of the operator’s view. The operator said when the buzzer went off, he thought it was a temperature or oil pressure indicator.

Always conduct both a visual and operational check of your machine. Even if you see nothing wrong visually, all excavator functions – including cycling the coupler mechanism and curing the bucket – should be completed prior to operation.

If you’re on foot on a site, stay away from machine swing areas and remain clear of attachments when lifting. In this instance, if the victim had used the proper length of wire rope for the bridle legs, the bucket could have remained on the ground while the legs were rigged to the lifting eyes of the manhole sections, eliminating the risk of being struck by a falling bucket.

The quick-connect coupler system was added to the excavator involved in this accident. Although the manufacturer recommended the operating switch box be installed in the cab where it would provide maximum visibility, the switch was installed behind the operator to prevent accidental activation. A more visible location would have alerted the operator there was a problem earlier. If you’re in the excavator cab, locate the warning light prior to operation and familiarize yourself with the sound of the warning buzzer so you won’t mistake it for another type of indicator.

Information for this Safety Watch came from an accident report and from the Center for Disease Control’s NIOSH Fatality Assessment and Control Evaluation Program. It is meant for general information only. 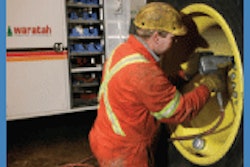 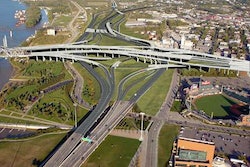 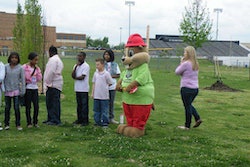