Finding new ways to generate revenue is always a challenge, but the Ohio Department of Transportation (ODOT) is taking on the challenge – and getting creative.

In an effort to generate millions of dollars for the construction of some of the state’s largest, most expensive transportation projects, ODOT says it is moving forward with a plan to explore the commercial development of certain state-owned rest areas.

“Rest areas are expensive to operate and maintain, and in some cases, they have become safety hazards to motorists traveling in our state,” ODOT Director Jerry Wray said in a press statement from ODOT. “If we can generate enough money to offset the costs and improve safety, Ohioans will be better off. Plus, generating much-needed new money will allow us to get shovels in the ground and begin construction much sooner on some of the major transportation projects that will help drive our state’s economy into the future.”

In May, ODOT launched the Sponsorship, Maintenance, Advertising and Revenue Tartgeted (SMART) program to permit advertising and sponsorship opportunities at interstate rest areas and welcome centers throughout Ohio. Money saved or generated by these innovative initiatives could be put directly into the agency’s capital budget to speed up the construction of ODOT’s major new transportation projects.

All of this is part of the agency’s broader effort to reduce costs and generate new revenue, according to the Ohio DOT. The agency launched the Division of Innovative Delivery earlier this year to explore ways to unlock the revenue potential of the Ohio Turnpike and non-interstate rest areas, in addition to generating millions of dollars for the sponsorship and naming rights of certain state-owned assets such as bridges, interchanges and sections of highway.

In January, ODOT announced a $1.6 billion budget hole that forced the department to push back by decades some of the state’s largest construction projects. Since then, the agency has initiated a complete review of all current and future transportation projects to identify those that could be excellent candidates for public-private partnerships (P3’s), and has sought to identify additional resources to aid in the funding of major transportation projects throughout the state. 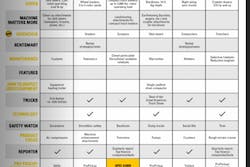 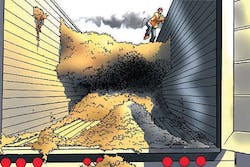 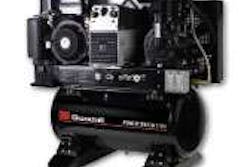 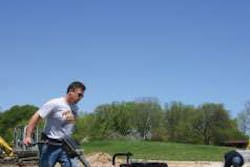