The standards will affect work trucks, buses and other heavy-duty vehicles. Diesel use would be cut by 4 gallons per 100 miles traveled, yielding a total fuel savings of $73,000 over a truck’s life, according to calculations used in the first-ever truck fuel consumption and greenhouse gas (GHG) emissions regulation.

Last fall, the U.S. Environmental Protection Agency and the U.S. Department of Transportation proposed a 20 percent reduction in emissions and improvement in fuel economy for heavy-duty trucks. The proposal called for standards to begin in the 2014 model year.

One of its five companies is IMS, which provides moving and storage for individuals, as well as for companies and government agencies.

The president announced July 29 that an agreement was reached with 13 major automakers to pursue the next phase in fuel economy of 54.5 miles per gallon for cars and light-duty trucks by 2025.

LaHood, who previously served as a Republican congressional representative for Illinois, drew laughs with his response. “I think all of you in this room know that the last thing the administration wants is a Republican to be their spokesman, so I’m not auditioning for Jay’s job,” he said.

LaHood scolded Congress after the Federal Aviation Administration revenue-raising authority expired July 22 because Congress could not agree on an extension. One reporter jokingly asked Carney why LaHood was not employed in the debt negotiations.

“He does have a full-time job,” Carney replied.

Congress reached an agreement Aug. 4 to extend the FAA’s funding authority through Sept. 16. 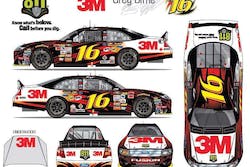 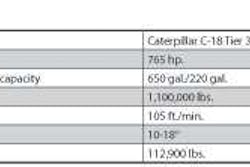 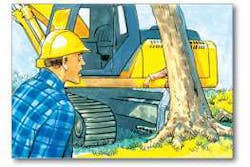 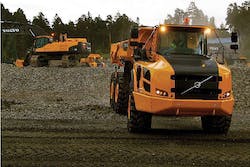