Volvo’s new F Series artics took the forefront during a segment of the Volvo Days presentation.

“The only thing customers will notice on these engines is the required diesel particulate filter change after 4,500 hours,” said Arvid Rinaldo, global communications strategy manager. “The filter change itself can be done within an hour. Otherwise, these engines will deliver full power with up to 15 percent fuel savings – and customers will never have to stop for the filter to regenerate.” Because of its Volvo/Mack truck divisions’ knowledge of on-highway diesel emission reduction technologies, Volvo also says it will be able to pick and choose from a large toolbox for its Tier 4 Final answers.

The company continued its rollout of 50 new machines this year, including:

L110G and L120G wheel loaders – designed for applications in heavy infrastructure, quarrying and recycling – will see their North American debut in the fourth quarter. The L120G has a 20-percent increase in lifting force, a 5-percent increase in breakout force and up to 5-percent lower fuel consumption in load-and-carry and truck loading applications. Both models are powered by a turbocharged 8-liter, six-cylinder V-ACT engine that has cooled gas recirculation and an active-type diesel particulate filter. The engine produces between 260 to 268 horsepower.

The new EC250D and EC300D excavators weigh up to 28 metric tons and 33 metric tons, respectively. Designed for heavy digging and lifting duties, these machines offer between 9 to 13 percent fuel efficiency improvements from the models they replace. Equipped with Tier 4 Interim Volvo D8H engines, the machines have externally cooled gas re-circulation and an active regeneration diesel particulate filter. Maximum power is 202 horsepower for the EC250D and 227 horsepower for the EC300D. Operators can choose between one of five working modes to tailor the use of fuel to fit the job, and an attachment management system stores up to 18 different attachment settings. Both machines will be introduced in North America in the third quarter.

The EC250D (shown) and EC300D have a new ECO mode, which minimizes any losses in the hydraulic system.

Volvo’s Tier 4 Interim engine diesel particulate filter – shown here on a L180G – will only require a change out every 4,500 hours, a one-hour job. Volvo reports including the DPF resulted in small design impacts for most Tier 4 Interim machines, except for the wheel loader, where it required a back end redesign.

F-Series articulated haulers range from the 24-metric-ton A24F up to the 39-metric-ton A40F. A load sensing closed hydraulic system allows for precise, controlled dumping, shortening cycle times and aiding safety. A Load and Dump Brake can be applied by pressing a button in the cab that applies the service brakes and shifts the transmission into neutral. New dumping functions include detent body lowering and adjustable tipping angle. Operators can set the maximum tipping angle and the overall height of the body.

“Our North American sales were up 14 percent in the first quarter compared to last year,” said Pat Olney during the Volvo Days event, barely one month into his duties as president and CEO of Volvo Construction Equipment, “and we’re encouraged that total machine sales for all manufacturers in North America are forecasted to rise 25 to 30 percent for the entire year. Of course, that anticipated growth comes from low previous levels.”

Despite the economic downturn, Olney said Volvo maintained its research and development investments, a move that is allowing the company to bring 50 new models to market this year. “We plan to stay on course with our strategy of maximizing our strong position in Europe and North America, and continue to emphasize fuel efficiency,” he said.

Commenting on Volvo’s recent change in rental strategy, which now includes company-owned stores along with the franchise model it used to enter the rental market, Olney said, “We’ve recognized this is an area that can use more capital. I don’t view this as a dramatic departure, just another way to grow rental.” 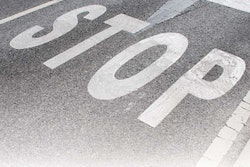 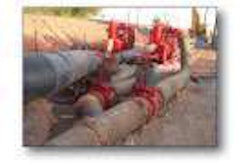 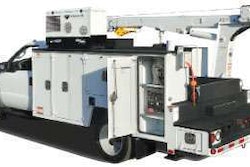 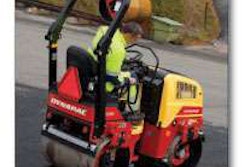